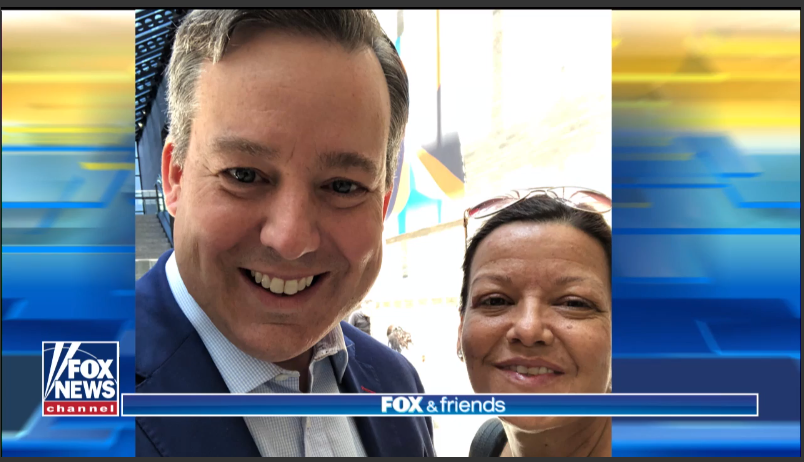 Fox News chief national correspondent Ed Henry announced live on Fox & Friends Weekend this morning that he will donate part of his liver to his sister Colleen, who is suffering from degenerative liver disease.

The operation will take place on Tuesday, and Henry will then go on medical leave.

“On Tuesday July 9, I will be donating approximately 30 percent of my liver to my sister at a hospital in the Northeast. I will undergo about six hours of surgery to remove that portion of my liver, and in an operating room next door Colleen will go through about eight to ten hours of surgery to entirely remove her diseased liver and replace it with part of my liver. The liver is an amazing organ that will then regenerate in both myself and my sister after the transplantation. While we know going in that nothing is for certain, if some semblance of the game plan is accomplished, we will each emerge from surgery with our own healthy liver.”

Henry explained that he hopes that talking about this journey for himself and his sister Colleen, who has been battling degenerative liver disease for the past handful of years, “will help bring some awareness for the over 113,000 people waiting at this time for lifesaving organs (about 13,000 of whom need a healthy liver)…”

He added: “I am determined to do whatever I can to give my sister the greatest gift of all, which quite simply is life.”