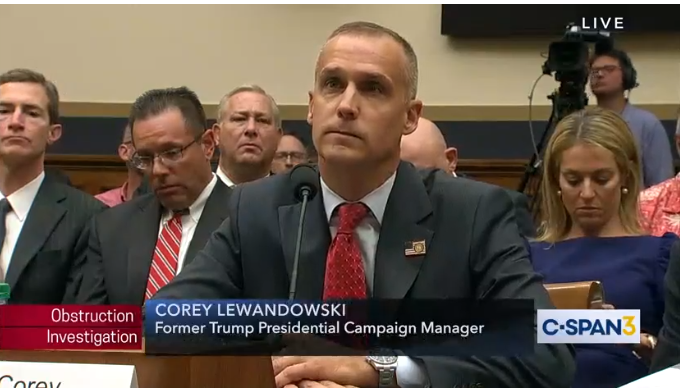 You’ve likely heard about yesterday’s contentious House Judiciary committee hearing featuring former Trump campaign manager Corey Lewandowski, but there was one especially striking moment from the proceedings that was media-related.

During the hearing, Democratic counsel Barry Berke showed a clip of from this February 2019 interview with Ari Melber on MSNBC’s The Beat with Ari Melber, in which Lewandowski told the host that he had no role in facilitating communication between President Trump and former Attorney General Jeff Sessions, which directly contradicted his earlier testimony earlier in the day to the committee. After being confronted with the MSNBC clip, the former Trump campaign manager remarked he has no obligation to tell the truth to the media…”because they are just as dishonest as anybody else.”

BERKE: That wasn’t true, was it, sir?

LEWANDOWSKI: I heard that.

BERKE: And that was not true, was it?

LEWANDOWSKI: I have no obligation to be honest with the media because they are just as dishonest as anybody else.

BERKE: So you’re admitting, sir, you were not being truthful in that clip, correct?

LEWANDOWSKI: My interview with Ari Melber? It can be interpreted in any way you like.

Later during the questioning, Lewandowski went on to say that he always a “truth-teller” when under oath, but reiterated that he has “no obligation to have a candid conversation with the media.”

During his program that night, Melber responded to Lewandowki’s remarks:

“We’ll absolutely stay on it and really striking to see under oath someone to admit to their lying and then explain the reason is their disrespect as stated for the press I would only add, and full disclosure, was a participant in part of this, but I would only add whatever one’s view of the press or interview, Mr. Lewandowski would also seem to want to have an obligation to his own supporters, to the public, to the citizenry of this country that he could tell the truth or not.” 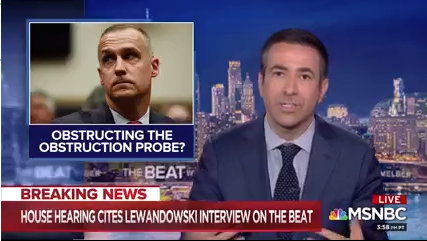