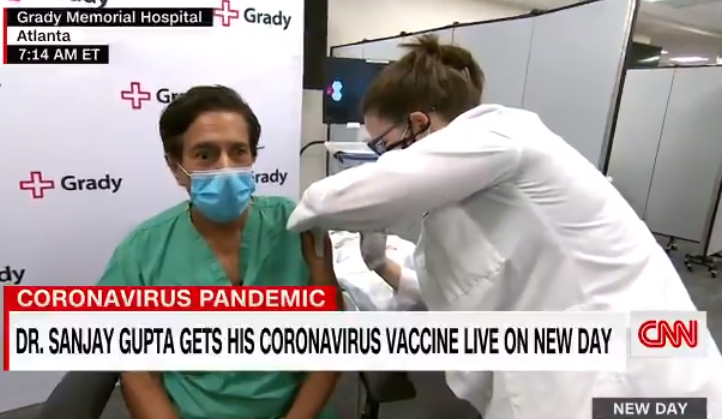 Dr. Gupta got the shot in his non-dominant arm, which in his case is his left arm. He also admitted that even though he is a surgeon, he is also a little bit afraid of needles, something which will undoubtedly surprise and amuse his colleagues.

About 45 minutes later, at 8 a.m. ET, vice president Mike Pence also received the coronavirus vaccine in televised demonstration at the White House meant to reassure skeptics. “I didn’t feel a thing,” he said after receiving the shot. “Well done.”

The event was held in the Eisenhower Executive Office Building, where doctors from Walter Reed National Military Medical Center administered the vaccine.

President-elect Biden is scheduled to receive an injection on camera next week.

President Trump was not present for the festivities.