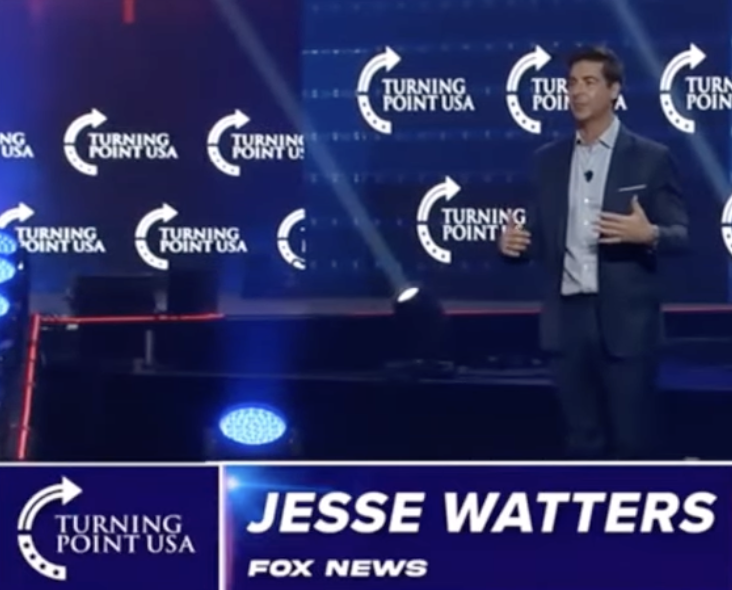 During an in-person appearance at a political conference for young conservatives, Watters encouraged the audience to seek out Dr. Fauci on the street, “ambush” him, and finish him off with a “kill shot” consisting of hard-hitting questions.

“Now you go in for the kill shot,” Watters said, suggesting how members in the audience could confront Dr. Fauci and film the encounter. “The kill shot? With an ambush? Deadly. Because he doesn’t see it coming. This is when you say: Dr. Fauci, you funded risky research at a sloppy Chinese lab. The same lab that sprung this pandemic on the world. You know why people don’t trust you, don’t you?”

Watters added that those in the audience should send footage of their confrontation with Dr. Fauci to Fox News. “Just make sure it’s legal,” Watters added.

Fox News defended Watters’ remarks in a statement, saying he was using a metaphor and not calling specifically for violence against the president’s chief medical adviser.

“Based on watching the full clip and reading the entire transcript, it’s more than clear that Jesse Watters was using a metaphor for asking hard-hitting questions to Dr. Fauci about gain-of-function research and his words have been twisted completely out of context,” Fox News said in a statement.

Dr. Fauci has become highly unpopular among conservative Americans over his role in combatting Covid-19 under President Biden and former President Trump. He has received death threats from those who oppose the use of coronavirus vaccines and masks to hinder the spread of the virus. Additionally, many conservative politicians have falsely claimed that Dr. Fauci lied to Congress about research at the Wuhan Institute of Virology in China.

“This is just a reflection of the craziness that goes on in society. The only thing that I have ever done throughout these two years is to encourage people to practice good public health practices, to get vaccinated, to be careful in public settings, to wear a mask,” Dr. Fauci told New Day co-host John Berman. “And for that, you have some guy out there saying that people should be giving me a kill shot, to ambush me? That’s awful that he said that, and he’s going to go, very likely, unaccountable. Whatever network he’s on is not going to do anything for him.”

Dr. Anthony Fauci says Fox News’ Jesse Watters should “be fired on the spot” for telling a crowd to “ambush” Fauci with “the kill shot.”

But, he adds: “He’s gonna go, very likely, unaccountable. I mean, whatever network he’s on is not going to do anything for him.” pic.twitter.com/K3X0V3jZdM