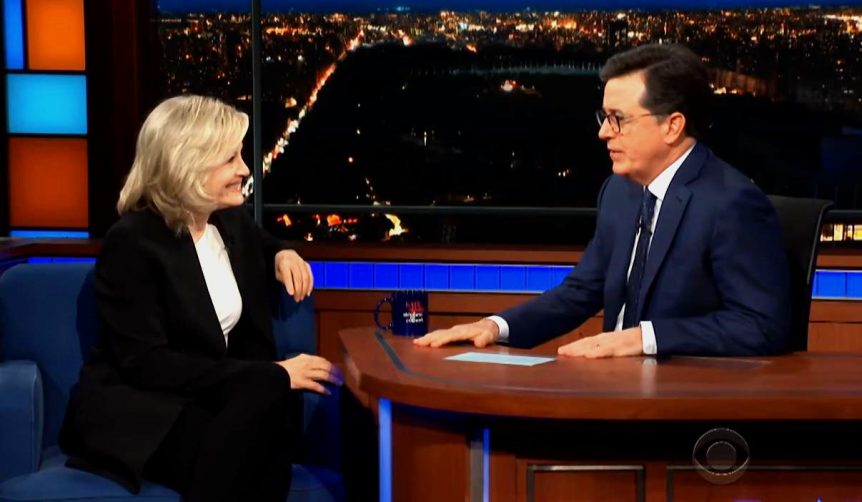 Before moving to journalism, Diane Sawyer worked in politics. She was on the airplane when Richard Nixon left Washington, D.C. having resigned the presidency hours earlier.

On the Late Show with Stephen Colbert Thursday night, Sawyer recounted her time in politics then, and living through the current American divide.

“We’ve seen the undertow that is pulling us apart,” said Sawyer. “I’m from Kentucky. In my family alone there are so many opinions on every single issue.”

Sawyer and Colbert also talked about the news overload, with Sawyer asking, “Are we smarter?” “No, no. I’m dumber, for sure,” said Colbert.

Sawyer was on Colbert to talk about her newest ABC News special where she and her team approached a new angle of the #metoo movement, asking women in lower wage jobs including waitresses, housekeepers, delivery workers and truck drivers, if sexual harassment and inappropriate behavior is part of their work life.

It is, they found.