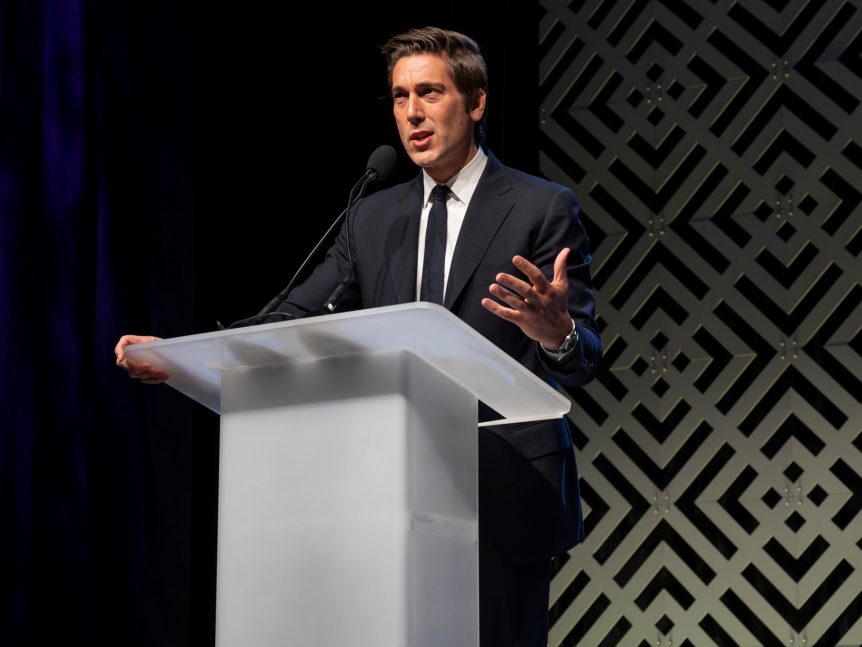 David Muir was honored with the 2019 Governors’ Award, an Emmy, from the NATAS – New England chapter on Saturday in Boston.

Boston broadcasting icon Natalie Jacobson, who anchored on WCVB for decades, lent her voice to the tribute, honoring Muir’s work in Boston and on ABC News.

The World News Tonight and 20/20 anchor accepted the Emmy, telling the audience there was no need for an award, and that he would have come back to Boston anyway. He went on to speak about his roots, the quality of journalism in New England and how much he learned during his time in Boston.

“So much of what we’re seeing in this country right now are these loud voices, these opinionated voices, these angry voices. And I like to remind myself in the few quiet moments I can get with this job, that our job is to listen. It’s not to add to the noise out there.” Muir said.

During his time in Boston, Muir was part of the team that received the Edward R. Murrow Award for investigative reporting tracing the path of the 9/11 hijackers.

The President of the Boston/New England chapter of NATAS, Danielle Mannion said, “David Muir could not be more deserving of this award, he has captured the hearts and earned the trust of people across the world.”