NEXT:ESPN Anchor Adnan Virk Was Fired by the Network on Friday
PREVIOUS:30 Most Impactful TV Newsers of the Past 15 Years: Bill Whitaker 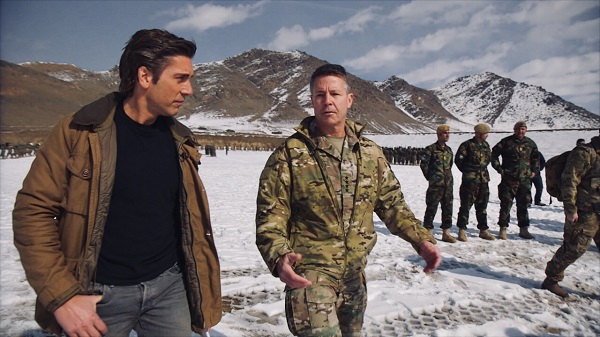 Patriots took to the gridiron yesterday in Super Bowl LIII. But with all due respect, these “Pats” were nothing like the ones ABC World News Tonight anchor David Muir encountered in a different part of the globe over the weekend.

The interview –which airs Monday on World News Tonight and took place in and around Camp Morehead– covers talks with the Taliban, a potential U.S. troop drawdown in Afghanistan, the fight against ISIS in Afghanistan, and if there’s an end in sight to America’s longest war.

The White House has said in recent days it is a priority for President Trump to end the war in Afghanistan and eliminate safe havens for terrorists. It will be interesting to see what the general has to say about that.