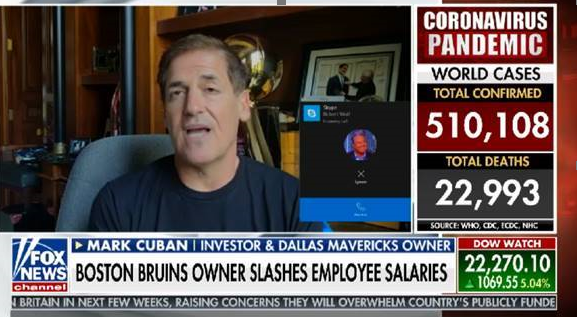 An amusing moment on Dana Perino‘s 2 p.m. Fox News program today: Making the rounds on TV news in recent days, Mark Cuban was in the middle of a Skype interview with Perino, when all of a sudden a call popped up on his screen from a face familiar to the two of them … former UBS America chairman and current Fox News contributor Robert Wolf.

Technical difficulties ensued, and the interview ended abruptly. With so many interviews and hits taking place via Skype right now, hiccups like these are bound to happen. However, I think it’s safe to say Cuban will be back on The Daily Briefing at some point in the near future.

*UPDATE: That “some point in the near future” was apparently just minutes later.