NEXT:Week of Feb. 8 Evening News Ratings: World News Tonight Was No. 1 on All of TV Monday
PREVIOUS:Week of Feb. 8 Morning Show Ratings: The Post-Super Bowl Broadcast of CBS This Morning Drew More Total Viewers Than Today 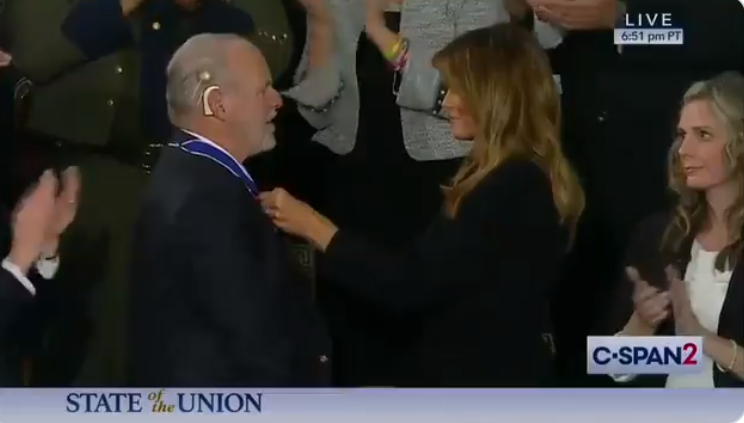 Arguably the most popular figure on talk radio over the past 30 years, conservative host Rush Limbaugh has died after a battle with lung cancer.

Limbaugh learned he had Stage 4 lung cancer in January 2020 and was awarded the Presidential Medal of Freedom by former President Donald Trump at the State of the Union address days later.

The Rush Limbaugh Show debuted 33 years ago on national syndication across just 56 radio stations, and grew to be the most listened-to radio show in the country, airing on more than 600 stations. According to the show’s website, up to 27 million people tune in on a weekly basis.

In his final radio broadcast of 2020, Limbaugh thanked his listeners and supporters, saying at the time that he had outlived his prognosis.