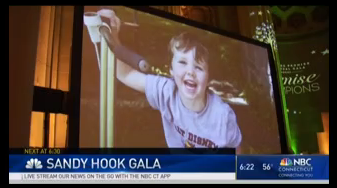 TVNewser has learned that WVIT, the NBC station in Connecticut, won’t be airing Sunday Night with Megyn Kelly, which includes Kelly’s interview with Alex Jones.

The interview has come under intense scrutiny over the last week, no more so than from the families of the victims of the Sandy Hook massacre. Jones, a controversial talk show host, had claimed that the mass shooting at the elementary school in December, 2012 was a hoax. Sandy Hook Promise was among the groups calling on NBC to cancel the interview. But, despite an advertiser pull-out, threats of legal action, and even the subject of the story, Jones, demanding NBC pull the story, Kelly and the network continued to support its airing.

Sandy Hook Elementary is in Newtown, CT which is in the Hartford/New Haven TV market. Here’s the internal memo from WVIT, obtained by TVNewser.

Whenever there is news regarding the Sandy Hook tragedy, we know that the pain resurfaces for our community, our viewers and for you, our colleagues at WVIT. Over the last few days, we have listened intently to Sandy Hook parents, our viewers and importantly, to you. We have considered the deep emotions from the wounds of that day that have yet to heal.

Because those wounds are understandably still so raw, we have decided not to air this week’s episode of Sunday Night With Megyn Kelly. We will continue our local coverage, including a special report on our Sunday 11pm newscast, which includes Sandy Hook parents, Governor Malloy and others who work to affect change around violence and mental illness. For those in our viewing area who still wish to see the show, it will be available Monday on NBCNews.com.

Thank you for voicing your concerns and feelings.

It’s not unusual for an affiliate to strip network programming from its airwaves from time to time, but it is rare when that affiliate is owned by the network, which is the case with WVIT.