NEXT:CBS and BBC Open Johannesburg Bureau
PREVIOUS:Don Imus to Sign Off for the Last Time 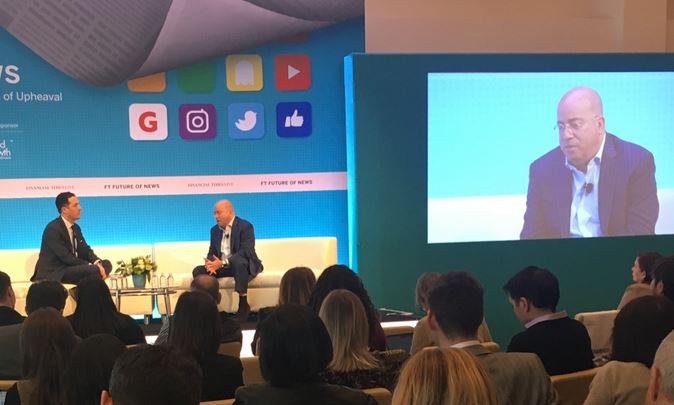 CNN Worldwide president Jeff Zucker pulled no punches when asked about one of his cable news competitors today.

Zucker called Fox News “State run TV” and “worse than TASS,” which is Russia’s state-run news agency. Zucker made the comments at the FT’s Future of News event today in New York City.

We’ve reached out to Fox for comment and will update when we hear back.

There are a handful of really good journalists here. But it’s a complete propgaganda machine. The idea that it’s a news channel is not a real idea at all. #FTFutureNews

CNN's Jeff Zucker: Fox News is "really state-run TV. It is a pure propaganda machine and does an incredible disservice to this country." #FTFutureNews

Later at the conference, former White House senior adviser Steve Bannon said it was CNN that was a “propaganda outfit… every night it’s hate Trump.”