NEXT:During Interview, KKK Leader Threatens To Burn Univision Anchor
PREVIOUS:Eboni K. Williams on Threats Against Her and the Future of Fox News Specialists 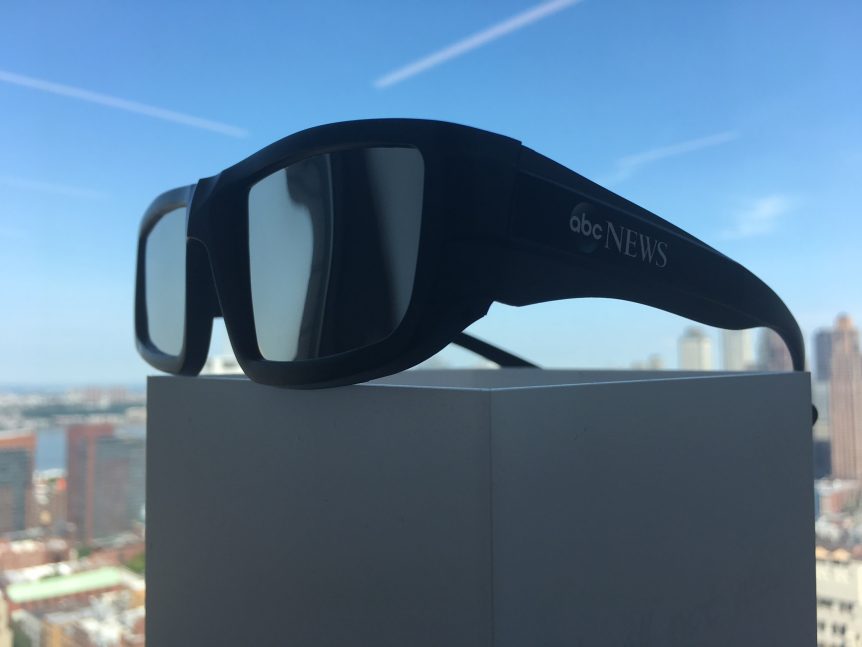 The cable news and broadcast networks will briefly move away from coverage of President Trump early next week to cover the highly-anticipated total solar eclipse, set to cross the continental U.S. Monday afternoon. Some networks have come up with unique cross-network and sponsorship partnerships for the celestial phenomenon, unimaginable the last time this happened in 1918.

“We’ve been intensely focused on experimenting with new creative formats and innovating with our marketing partners to help tell more powerful brand stories,” Turner’s svp of news content partnerships Michal Shapira told Adweek earlier this month. “Live ads are simply the next iteration of this effort, born from the fact that we live in a ‘live’ culture that values real-time experiences.”

CNN’s TV coverage of the solar eclipse will begin at 1 p.m. ET on Monday. CNN meteorologist Chad Myers will explain the science behind the solar eclipse while CNN correspondent Alex Marquardt will be in Oregon, Stephanie Elam in Missouri, Martin Savidge in Tennessee, and Kaylee Hartung in South Carolina.

The Weather Channel in planning special live ad promotions around the eclipse and will include augmented and mixed reality technology. 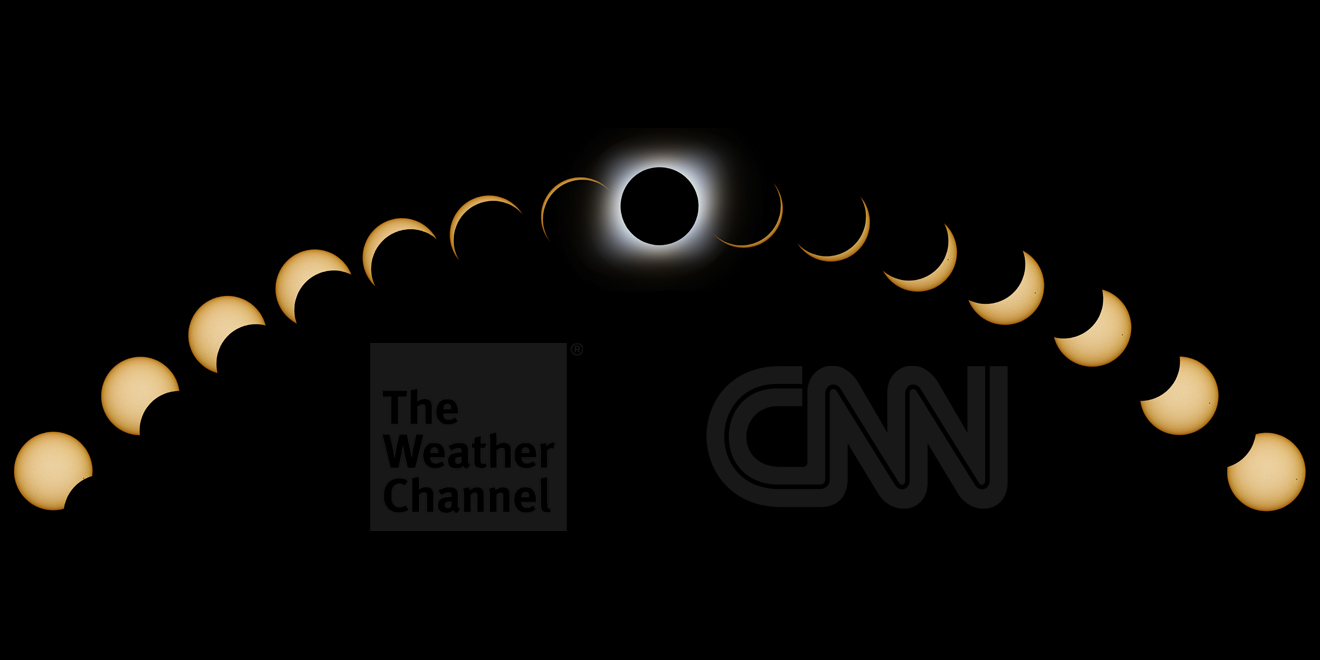 “Our Total Solar Eclipse experience will span from live broadcasting across the country augmented reality technology in-studio, to sweepstakes for a once in a lifetime opportunity to experience the eclipse from 35,000 feet,” Nora Zimmett, Weather Channel’s svp of live programming, told Adweek.

The Weather Channel’s on-air talent will be stationed across the country. TWC meteorologist and host of AMHQ Jen Carfagno says that while covering an eclipse is different than covering a storm, TWC viewers should expect the same compelling and useful coverage their used to.

“You might consider this eclipse a ‘storm cloud shadow’ so to speak, moving across the country but in a very visual and emotional way for many people,” Carfagno told TVNewser.  “I think we have already connected with our viewers that we can be there for them in times of bad weather, and now in times of good and ‘unique’ weather.”

Shepard Smith will anchor FNC’s live coverage from 12 – 4 p.m. ET from the Fox News Deck along with senior meteorologist Janice Dean, as well as correspondents Dan Springer in Oregon, Matt Finn in Illinois, and Jonathan Serrie and Adam Housley in South Carolina. 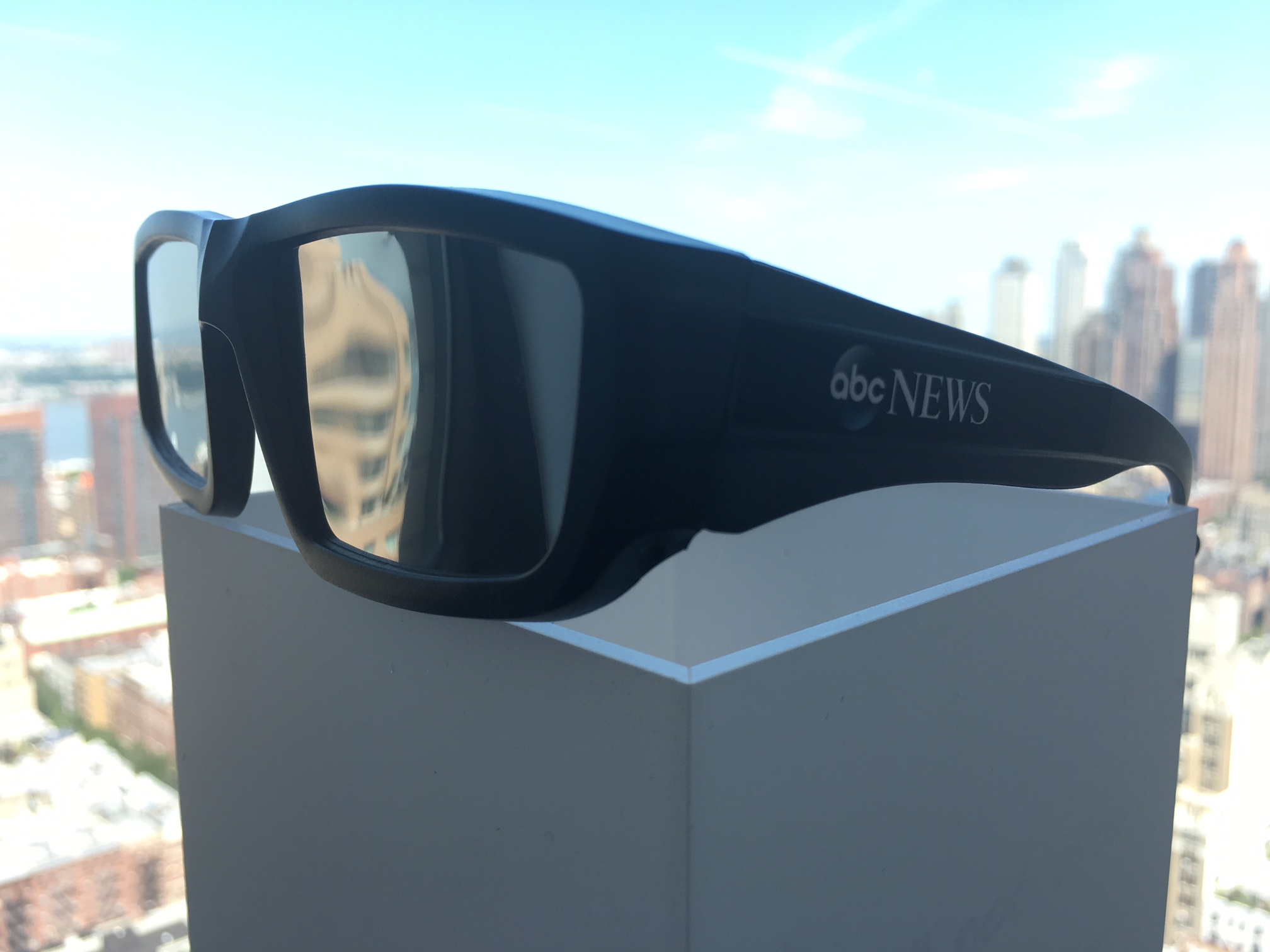 NBC News kicks off its eclipse coverage on the Today show with Al Roker reporting live from the deck of the USS Yorktown in Charleston, S.C. Lester Holt anchors an NBC News special report in the 1 and 2 p.m. ET hours, and will be joined by NBC News meteorologist Dylan Dreyer, and NBC News medical correspondent Dr. John Torres, who will be reporting on safety factors that are associated with the eclipse. On NBC and MSNBC expect reports from Tom Costello, Kerry Sanders, Jacob Soboroff, Mariana Atencio, and Gadi Schwartz fanned out across the country. 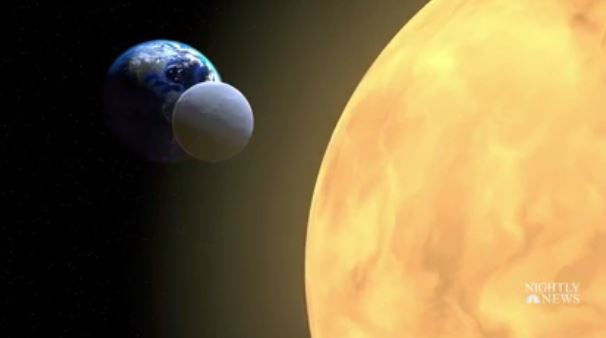 Additionally, multiple national news networks will be using Facebook Live to broadcast from areas along the path of totality in the U.S. From approximately 1 p.m. EST to 2:20 p.m. EST.

And here are the many outlets streaming coverage on their YouTube pages: