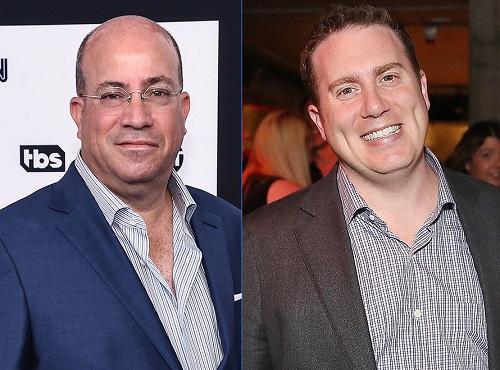 On the surface, CNN and BuzzFeed are very different news organizations.

The former boasts a 4,000-person global operation that provides content for multiple 24-hour linear networks as well as its digital platforms, while the latter, originally known for quirky lists, has built up its digital news division to more than 300 staffers.

But both outlets have something in common: They both recognize that digital is the future of news, which in essence makes them competitors.

Columbia Journalism Review’s Pete Vernon takes a look at the budding rivalry, calling the dynamic “an entertaining throwback to media wars of the past.”

“Beyond the feuding,” Vernon writes. “The battle between CNN, the pioneer in the 24-hour news cycle that has invested heavily in digital, and BuzzFeed, a digital upstart that has quickly become an online powerhouse for young consumers, is one over the future of journalism.”

According to Vernon, CNN credits BuzzFeed for “challenging us to be better storytellers,” and “they have forced us to not rest on our laurels,” while BuzzFeed’s editor-in-chief Ben Smith says “in some way we’re flattered that CNN sees us as a rival and competitor.”

But there that’s more or less where the niceties end.

“I don’t think Vice and BuzzFeed are legitimate news organizations,” CNN worldwide chief Jeff Zucker told Variety in August 2016. “They are native advertising shops. We crush both of them. They are not even in our same class.”

On more than one occasion, BuzzFeed has also expressed displeasure at the network’s inconsistency when it comes to crediting BuzzFeed with breaking stories.’

.@ChrisCuomo just did a report on Kevin Spacey, no mention of @BuzzFeedNews breaking the story. We always give CNN the courtesy of credit.

Then there’s the battle over the younger news consumer. CNN has been making a strong and successful digital push. Adweek recently honored the network for being “Hottest on Snapchat.” CNN cites ComScore data to Vernon showing that “have consistently shown the company’s platforms reaching the largest audience among all digital news companies, and a story in The Hollywood Reporter that notes CNN’s dominance.”

But BuzzFeed has pushed back on that claim, pointed out that that same THR story included the line, “Indeed, in January, BuzzFeed lured 44.5 million millennial unique visitors compared with 35.8 million for CNN.com,” BuzzFeed spokesperson told Vernon.

Vernon’s conversations with PR folks of each outlet basically turned into a back-and-forth over metrics and conflicting measurements.

“Competition is good,” BuzzFeed’s Smith tells Vernon. “It is America after all.”