NEXT:Here's Where Various TV Newsers Have Been Holed Up During the Pandemic
PREVIOUS:Friday, June 12 Scoreboard: In All Dayparts, Fox News Was No. 1 in Total Viewers and A25-54 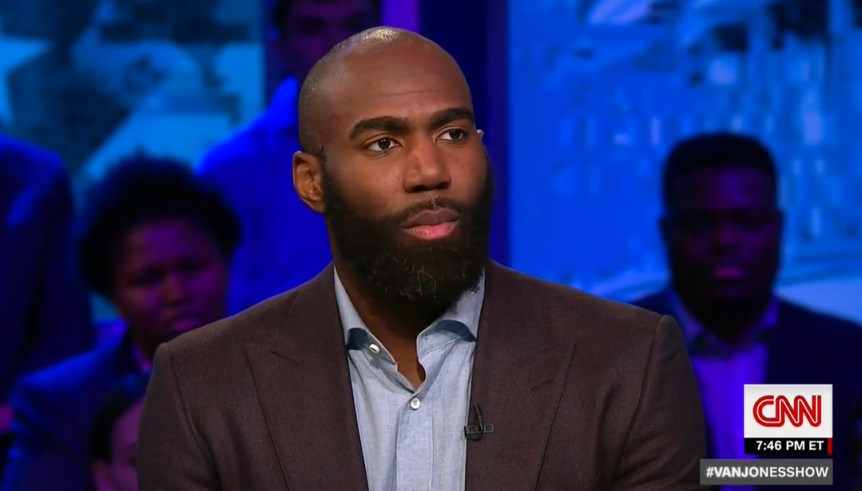 An NFL star is marching into the CNN family.

New Orleans Saints safety Malcolm Jenkins, a co-founder of the NFL Players Coalition and prominent activist for social justice and racial equality, will join CNN as an on-air contributor.

Proud to join the @CNN family today as a regular contributor. Looking forward to being heard. #blacklivesmatter #MoreThanAnAthlete https://t.co/oizjMBy7s6

This marks the first time CNN has hired an active player of any sport as an on-air contributor.

The three-time Pro Bowler and Super Bowl champion has been outspoken when it comes to social causes throughout his 12-year career playing for the Saints and Philadelphia Eagles. He has written multiple op-eds for The New York Times, Washington Post, CNN.com and Philadelphia Citizen, and is the co-founder of Listen Up Media and the executive producer of a feature-length documentary on black humanity in America that is planned for release later this year.

Jenkins established the Malcolm Jenkins Foundation early in his career with a focus on creating positive change for young people, particularly those living in New Orleans, Ohio (he played for Ohio State) and his native New Jersey. He has since become heavily involved in social issues like criminal justice reform, working with organizations like the NFL, local police departments and public defenders to create change.

Jenkins was among the first NFL players to silently protest police brutality and racial injustice on the field during the national anthem. Whereas former San Francisco 49ers quarterback Colin Kaepernick kneeled, Jenkins raised his fist, effectively becoming one of the faces of a movement that began early in the 2016 NFL season.

Jenkins later gave up his displays of silent protest in November 2017 after the NFL and the Players Coalition joined a partnership that included $89 million for projects dealing with criminal justice reform and law enforcement relations.