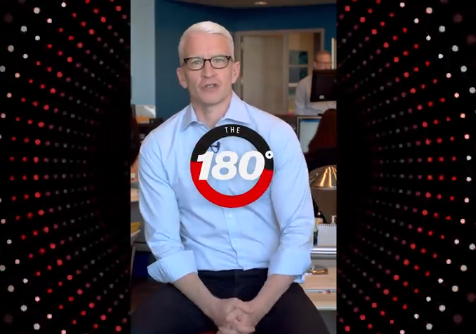 CNN is continuing to build its digital programming presence in 2019 with the launch of a new Facebook Watch show.

Go There (which also happens to be the network’s tagline) will launch within the next few weeks and air exclusively on Facebook, Monday-Friday at 8 p.m. EST. Each episode of Go There will run 10-15 minutes.

The launch of Go There follows the first year of Anderson Cooper Full Circle on Facebook Watch, which is a daily interactive global news brief featuring interviews with the day’s biggest newsmakers.

Go There, on the other hand, will be a single topic daily news show featuring CNN on-air talent and cover important topics like race and identity and highlight distinctive commentary. Hosts will discuss, interview and highlight the cultural, political and economic challenges impacting Americans’ every day lives.

The program will center around reporter-led human interest stories shot on mobile devices.

CNN says the digital division has built Go There based on what it has learned from year No. 1 of Anderson Cooper Full Circle, which CNN is moving from Facebook Watch to CNN’s mobile apps and web. Full Circle will most certainly has a place in WarnerMedia’s upcoming OTT service.

The network says episodes of Full Circle reached an average of 2 million people, with the majority of the audience being between the ages of 13-54

“We were able to spend the last year on the Facebook Watch platform experimenting and getting to know the audience and what they are looking for. Anderson Cooper Full Circle could not have been more successful, and so we’re moving it to our own mobile properties, and testing something new this year with Facebook Watch,“ said CNN digital vp of premium video Courtney Coupe. “Go There will focus on a single topic each day and tap into CNN’s unparalleled resources around the globe. From the field, we’ll have our correspondents tell stories directly from their mobile devices. We’re excited to see how our audiences respond.”

Fox News is sticking with the breaking news formula for its Facebook Watch program. The network produces has Fox News Update on Facebook Watch, hosted by Shepard Smith as well as Carley Shimkus.

Univision’s Jorge Ramos will hosts Real America with Jorge Ramos. where he “travels across the country to talk to immigrants of diverse backgrounds and situations.”

ABC News launched On Location, which ABC News president James Goldston called at the time “a new daily news show that will showcase all of the brilliant on-the-ground reporting from our journalists around the world.”