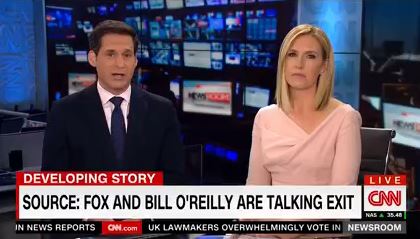 Nielsen has announced the addition of two new subscribers to its Out-of-Home audience measurement service: CNN and Turner Sports.

Under terms of the agreement, both CNN and Turner Sports will get weekly reports that include daily data for program and commercial audience estimates for TV viewing in offices, airports, gyms, bars, hotels and basically anywhere one can watch television outside of the home.

“Viewers tune into CNN for the latest news and information from wherever they are throughout the day,” said Robin Garfield, CNN’s svp of research and scheduling. “This is why we were at the forefront of out-of-home measurement with Nielsen years ago and began executing guaranteed deals using out-of-home data in 2014. Our partnership with Nielsen doubles down on the investments we have made, and will provide influencers and advertisers with a more complete picture of the audience value we are delivering.”

Subscribing to this service, and providing guarantees to advertisers, makes sense for any TV news, business or sports network, where viewing often takes place communally.

The announcement comes a day after Hulu YouTube TV both announced that live viewing of cable and broadcast TV content on their respective platforms will be included in each show’s Nielsen TV ratings through the company’s Digital in TV Ratings product.