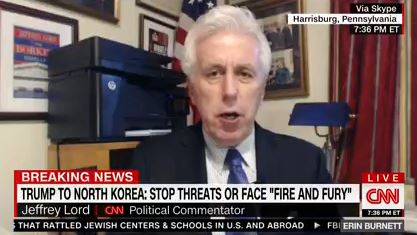 CNN said it is moving on from its relationship with Lord after he used the term “Sieg Heil,” a Nazi salute, in response to Media Matters president Angelo Carusone who had tweeted at Lord about misspelling his last name. 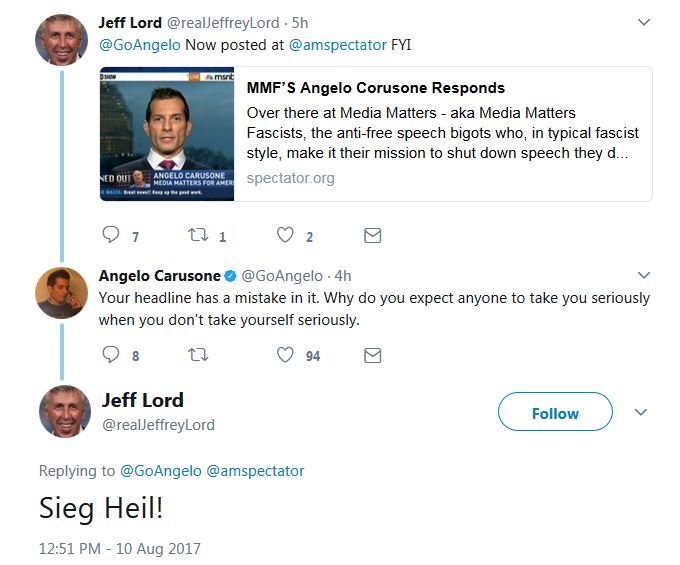 “Nazi salutes are indefensible. Jeffrey Lord is no longer with the network,” a CNN spokesperson told TVNewser. Lord was on CNN as recently as Tuesday night.

Lord is the second conservative contributor to leave CNN in a matter of days. Kayleigh McEnany departed on Saturday and has joined the RNC.

In June, CNN cut ties with Reza Aslan, who hosted its series Believer, after Aslan referred to Pres. Trump in a tweet as a “piece of shit.”