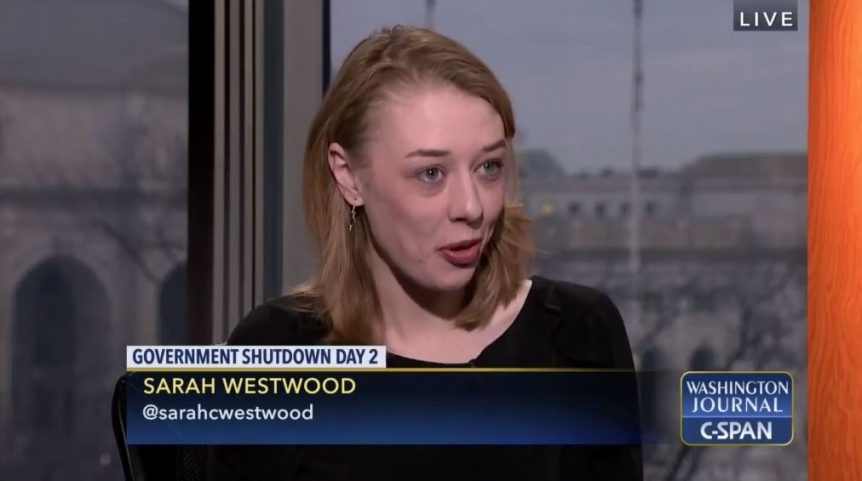 CNN continues to add to its Washington bureau.

This morning the network announced it has hired Sarah Westwood as a White House correspondent. Westwood joins from the Washington Examiner. The 2014 George Washington University graduate got her first job in journalism at the Marietta Daily Journal in Georgia. She moved to the Examiner in Sept. 2014 as an intern before moving up to reporter. In Nov. 2016, she was named White House correspondent.

Westwood was on MSNBC just last Friday commenting on the Scooter Libby pardoning.