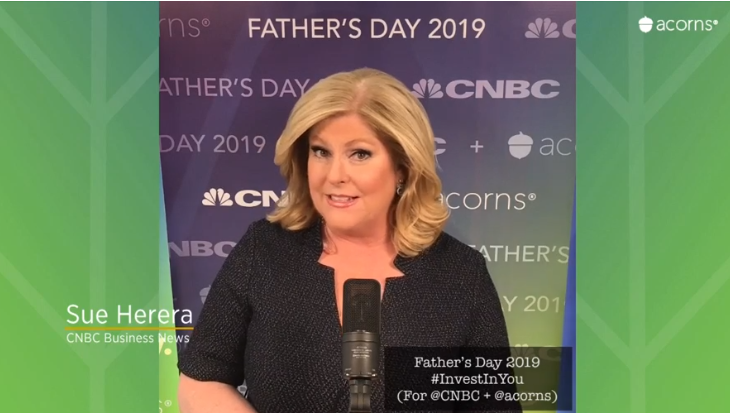 When it comes to learning about finance, parents often have a significant influence on their children.

A survey found taken by CreditCards.com found that 65% of all U.S. adults learned about saving money from their parents, and roughly 45% of them learned about how to spend from them. That was from a poll of 2,694 U.S. adults.

With Father’s Day on the horizon, CNBC asked its anchors and reporters for the best financial advice they every received from their parents, specifically their dads.

1) Senior personal finance correspondent Sharon Epperson said her dad always instructed her to have “mad money” (where have we heard that phrase before?).

“He meant he wanted me to have a $20 bill in my wallet at all times so that I never had to ask anyone else to get me home or get me what I needed,” said Epperson.

2) Power Lunch co-anchor and vice president of events strategy Tyler Mathisen said the most important lesson from his father didn’t come from anything he specifically said, but rather how he lived.

3) Senior markets correspondent Dominic Chu says the best money advice he received from his dad was to make sure he didn’t accumulate a lot of debt.

“Sometimes if you have to take it out, make sure you can pay it off as quickly as possible,” Chu said. “So for me, every time I get a chance to pay off some of that debt, I do.”

4) CNBC senior economics reporter Steve Liesman says his dad taught him how to be a good negotiator. The lesson from his father same when he bought his first guitar.

Liesman was trying to negotiate with the salesman and wasn’t getting anywhere. That’s when his dad stepped in, took the salesman to the side to have a “nice conversation” and got the price lowered by $50.

Sometimes, it’s just about being nice.

“I just learned from that to treat people nicely in negotiations and listen to their side,” he said. “It worked out really well, but I still don’t know to this day what he said to that salesman.”

5) For Contessa Brewer, the lesson was “small changes make a difference.”

Her father never really talked about money when she was growing up, but her parents did open a savings account for her when she was young.

“He showed me by example that small changes make a big difference. How? We weren’t allowed to order drinks when we would go to a restaurant,” Brewer said. “That saved our family at least $6 every time. That adds up.”

6) Sue Herera, CNBC’s breaking news anchor and Nightly Business Report co-anchor, says her dad taught her how to keep track of her money.

“The best money lesson my dad ever taught me was how to balance my checkbook and live within my means,” she said.

What’s the best financial advice you got from your dad? Leave it in the comment section below.