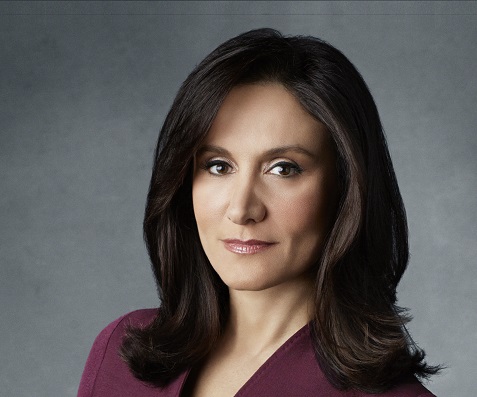 Effective Sept. 1, Michelle Caruso-Cabrera will no longer be a full-time employee of CNBC. The network’s chief international correspondent and Power Lunch co-anchor has decided to join the board of Beneficient, a Dallas-based financial services company specializing in private equity products.

Caruso-Cabrera will remain a part of the CNBC family, though in a different capacity as a network contributor. She will also serve as a guest host for Squawk Box and other programs, when needed.

“For 20 years, CNBC has given me a front-row seat to cover everything from the great recession of 2008 to the Greek debt crisis to presidential elections,” Caruso-Cabrera said in a statement. “During my time at the network, I’ve also had the opportunity to interview the biggest newsmakers in business and finance. Now, I hope to take the same skills I have used as a journalist into the field of corporate governance as I join the board of a financial services firm. I look forward to maintaining my great relationship with CNBC as a contributor to the network.”

Caruso-Cabrera joined CNBC on Oct. 5, 1998, and has anchored a number CNBC programs during her 19+ year stint at the network, most recently Power Lunch. She was named CNBC chief international correspondent on that same date in 2011, and has reported from Europe, Latin America, Asia and the Middle East.

The trio of Sara Eisen, Melissa Lee and Tyler Mathisen will continue to co-anchor Power Lunch, which airs weekdays from 1 -3 p.m. ET.

After a stellar 20-year career at CNBC, Michelle Caruso-Cabrera, our Chief International Correspondent and Co-Anchor of “Power Lunch,” has decided to join the board of a financial services company, effective September 1.

There are few journalists who have been more closely associated with our network. Not only has Michelle anchored or filled in as anchor on every Business Day program, she has covered a wide range of stories from the 2008 financial crisis to multiple U.S. elections to the debt crisis in Greece. In her role as Chief International Correspondent, Michelle has parachuted into Cuba, Iran, Ukraine, Iraq and Italy, among many other countries, using her keen sense of storytelling to make news from abroad relevant and compelling for CNBC’s viewers. Her ability to shape a story and ask penetrating and provocative questions in her interviews has made her a role model for many journalists.

Fortunately, Michelle will remain part of the CNBC family as a contributor to the network, offering analysis and commentary on international affairs, financial markets and geopolitics. In addition, she will serve as a guest host for “Squawk Box” and other programs.

We wish Michelle all the best in her new adventure.