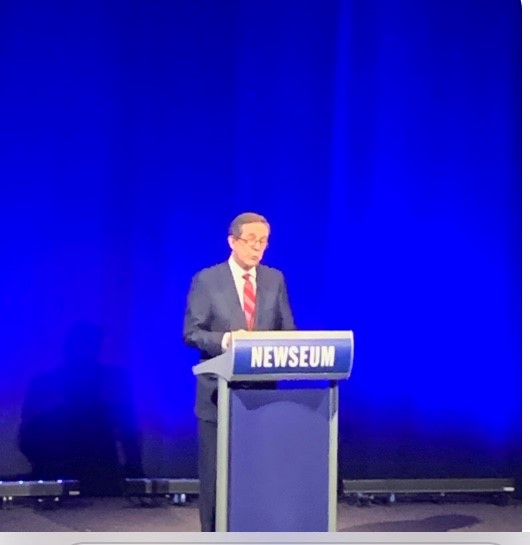 With Shepard Smith no longer on the Fox News airwaves, Fox News Sunday anchor Chris Wallace has become the network’s most vociferous critic of Pres. Trump.

During an appearance at an event at the Newseum yesterday evening, Wallace ripped Pres. Trump, while defending the press against the president’s recent attacks.

“I believe President Trump is engaged in the most direct, sustained assault on freedom of the press in our history,” Wallace said, speaking at an event honoring the First Amendment.

He went on to cite a Freedom Forum institute poll which found that 29% of Americans think the First Amendment goes “too far,” and 77% respondents saying that “fake news is a serious threat to our Democracy.”

Wallace said the president’s attacks appear to have been relatively effective, but turned to talking about what a great profession journalism truly is.

“First—ours is a great profession—maybe the best way to make a living anyone ever came up with,” he said. “Think of it. We are paid to tell the truth—to cut through all the spin—all the distractions—and tell the American people what is really going on. What our leaders are really doing. What is really happening in our schools and hospitals—in our neighborhoods and with our environment.”

Wallace then spoke about his 50-year career in journalism, and all of the prominent figures he’s been able to question face-to-face over those years. He spoke about spending a week with Mother Theresa in Calcutta right after she won the Nobel Peace Prize. Covering Pres. Reagan for 6 years and reporting on his trips to China and the Korean DMZ, along with 4 Reagan-Gorbachev summits.

“Last year, I interviewed Vladimir Putin just after the Helsinki summit—and asked him:—’Why do so many people who oppose you end up dead?’ And I lived to tell the tale,” Wallace said.

Speaking of interviews, Wallace will be interviewing former FBI director James Comey and Democratic chairman of the House Intelligence Committee Adam Schiff for this weekend’s broadcast of Fox News Sunday. Not quite on the level of the aforementioned names, but they’re big gets as far as 2019 politics goes.

“The bottom line is—we’ve seen Presidents come and go. We will endure. So will Freedom of the Press. And I am confident—so will the Newseum,“ Wallace added later.

The legendary Washington D.C. museum dedicated to the media and First Amendment is closing down after nearly 12 years at its current location at 555 Pennsylvania Ave. NW.

Johns Hopkins University bought the Newseum building back in January from owner and funder Freedom Forum for $372.5 million. The Baltimore-based university plans to move several graduate programs to the more than 400,000-square-foot building, including the Paul H. Nitze School of Advanced and International Studies (SAIS).

The Newseum was home for a period of time to ABC’s This Week and houses TV news memorabilia including Andy Rooney‘s desk and typewriter. It also includes the Journalists Memorial, a wall honoring those who have died in the service of newsgathering. 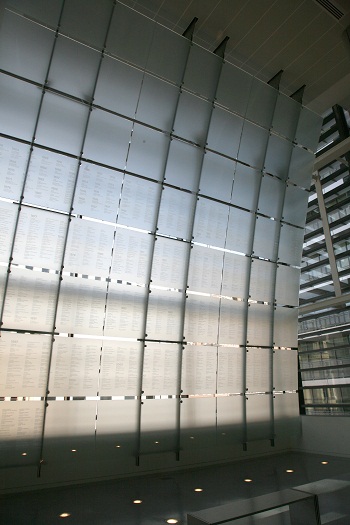