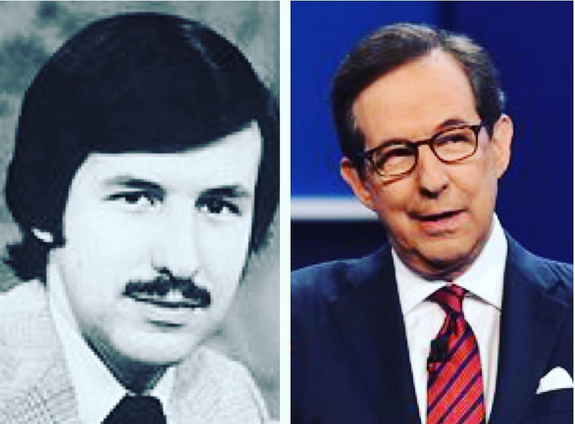 The Atlantic’s Scott Nover published a lengthy story Monday morning about the “renewed sense of purpose” for the Sunday morning public affairs shows in the Trump era.

“The Sunday shows also often now help define the news of the week—and set the next week’s agenda—when the velocity of breaking events and controversy threatens to spin out of control,” he writes.

Nover was able to get all of the hosts on the record for his story, including Sunday show mainstay Chris Wallace.

“I think that the Sunday shows are more relevant and more important than ever in the Trump era,” the Fox News Sunday host told the Atlantic. “And the reason I say that is because the velocity of news and the amount of news in a week is so much greater than we’ve ever seen before, and I’ve been doing Sunday talk shows since Reagan was president.”

“It’s not the biggest audience in television,” Wallace added. “But it’s one of the most influential.”

George Washington University professor Nikki Usher provided The Atlantic with her thoughts about the Sunday shows in 2018:

“The Sunday-morning shows have reasserted their relevance in part because they get the sustained opportunities with big-name administration officials…If you work in Washington, it is your job to turn on the Sunday talk shows and see what Kellyanne Conway has to say, and if you’re not doing that, you’re neglecting your responsibility—whereas in the past there were … lots of different ways to get people’s positions confirmed.”

Not everyone loves the Sunday shows. NYU journalism professor Jay Rosen–an admitted longtime critic of the format–says the viewer really isn’t learning anything about the Trump White House when they watch these shows. This is especially true during the one-on-one interviews with White House officials.

“They’re trying to fight with the show in a dramatic enough fashion to prove to the president that they’re on his side,” Rosen said.

Rosen also cited an appearance from Larry Kudlow on CNN’s State of the Union with Jake Tapper, when he called Canadian Prime Minister Justin Trudeau’s G7 criticisms of Trump’s steel and aluminum tariffs a “diplomatic betrayal.”

“He seemed to be unhinged in a way, but if you look at it as he’s just trying to persuade Trump that he’s a strong [ally], then it kinda makes sense,” Rosen told The Atlantic. “But then why would you give a platform to that? How does that serve your viewers?”

An issue with the Sunday shows in 2018 is that while they may remain popular among the decision makers, and “elite viewers,” ratings are way down year-over-year. Even Meet the Press, the No. 1 Sunday show of the season across the board, is consistently down each week vs. the comparable week in 2017. The same is regularly true for ABC, CBS and Fox Sunday shows.

In the Atlantic story, Usher tells Nover the numbers shouldn’t be confused with the shows’ broader effects on thought leaders and other media organizations.

“I think [what] the Sunday shows make clear is that the Beltway continues to be an extremely insular place with personalities that only matter to a small number of people but whose voices and whose power [are] felt by all,” Usher said. “There’s such a tiny minority of people who are watching, but what happens on [Sunday shows] has massive global implications.”