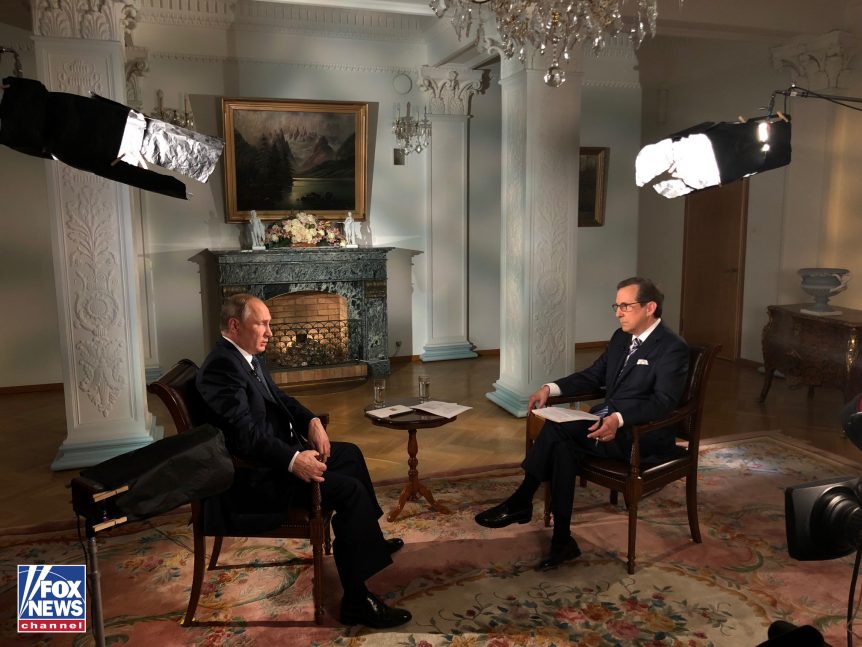 Less than a week after his intense, critically-acclaimed interview with Russian president Vladimir Putin, Chris Wallace embarked on a vacation.

Nope. He and his wife traveled to Russia. Yep, you read that right.

“I had a few doubts,” the Fox News Sunday host told the New York Times by phone from St. Petersburg last week. “But I figured, Why not?””

The men shook hands, and Mr. Wallace volunteered the itinerary of his upcoming Russian vacation.

“He said, ‘How much time in each city?’” Mr. Wallace said. “I was a little worried about that. Why does he want to know?

As it turned out, Mr. Putin, a native of St. Petersburg (which he refers to by its Soviet-era name of Leningrad), was pleased to hear that Mr. Wallace planned to spend more time there than in Moscow.

Wallace also explained to the Times how exactly he was able to land the interview:

Mr. Wallace said he had spent months pursuing an interview with Mr. Putin that would take place during the World Cup, only to have the Kremlin say no. But after the Helsinki summit was announced, Mr. Putin’s people re-engaged. Their only condition was that the interview be aired in full.
“It became clear to me that he wanted to get across to Western viewers, and American viewers, in particular, that we can do business,” Mr. Wallace said.