NEXT:Of All the Shitholes in All the World
PREVIOUS:Scoreboard: Thursday, January 11 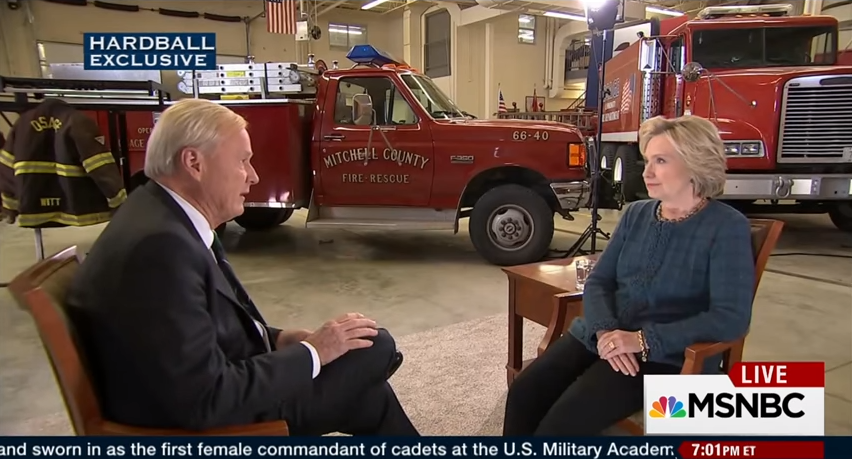 MSNBC host Chris Matthews is finding himself in hot water once again. This time, it’s for making a gross joke about 2016 presidential candidate Hillary Clinton.

New York Magazine’s The Cut published a video on Friday showing Matthews making jokes about the former Secretary of State before an interview in Iowa on January 5, 2016, during the  Democratic primary. It was Clinton’s first national television interview of 2016.

“Can I have some of the queen’s waters? Precious waters?” he remarks. “Where’s that Bill Cosby pill I brought with me?” Matthews then says, laughing.

Matthews provided a statement to The Cut, apologizing for his gross joke: “This was a terrible comment I made in poor taste during the height of the Bill Cosby headlines,” stated Matthews. “I realize that’s no excuse. I deeply regret it and I’m sorry.”

This is far from the first time Matthews has insulted the former First Lady.

“…whom he once called ‘witchy,’and often seems to channel what a hypothetical sexist Republican might say about a woman candidate: “she-devil,” “Madame Defarge.” In 2005, he wondered whether the troops would “take the orders” from a (female) President Clinton. “Is she hemmed in by the fact that she’s a woman and can’t admit a mistake,” he asked in 2006, “or else the Republicans will say, ‘Oh, that’s a woman’s prerogative to change her mind,’ or ‘another fickle woman’? Is her gender a problem in her ability to change her mind?” He once pinched her cheek following an interview, and, though he later apologized, on another occasion suggested that she only got as far as she did on the political stage because her husband had “messed around.”

This news comes nearly a month after The Daily Caller reported Matthews had been accused of making inappropriate jokes and comments about a female employee in 1999, and the woman was paid a $40,000 separation compensation by NBC News. This transpired when Hardball was airing on CNBC.