NEXT:The CBS Revival of Murphy Brown Will Have a Morning Show Twist
PREVIOUS:Scoreboard: Tuesday, May 15 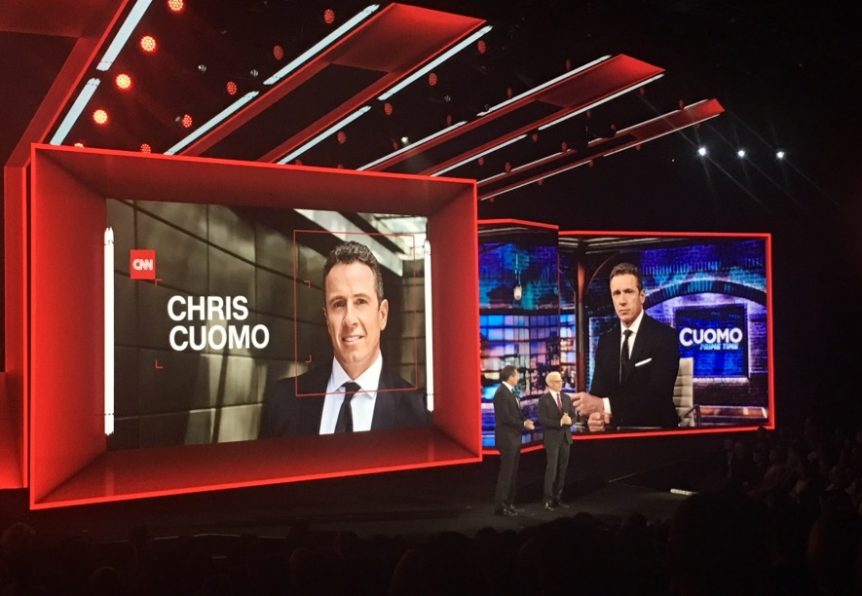 For the third year in a row CNN anchor Anderson Cooper interviewed–if you can call it that–Conan O’Brien and Shaquille O’Neal at the Turner upfront presentation for advertisers.

“They gave us 6 minutes and now they’re flashing a one minute warning and we’ve talked about nothing,” Cooper said.

Later during the 1 hour 45 minute event, Cooper did a pitch for CNN, reminding ad buyers of CNN’s vast reach “on all devices in 200 countries around the world. Millions of people seek us out as a trusted source of news and information. And consumers trust our brand,” he said.

At one point, Chris Cuomo interrupted Cooper’s pitch to talk about his own show, which will replace the second hour of AC360 weeknights at 9 p.m. ET beginning June 4. “And that means I can finally eat dinner away from my desk,” Cooper said.

Asking Cuomo what viewers might expect from the show, Cooper jabbed, “You love to argue.”

“That is not true,” Cuomo shot back.

“It is in your DNA,” Cooper insisted.

“Is that an Italian joke?” Cuomo asked.

Cooper also made a pitch for Great Big Story, CNN’s digital storytelling platform. “There is one common denominator” between CNN and GBS. “We’re committed to they story,” Cooper said, adding that the average age of a GBS viewer is 28, which is 32 years younger than CNN’s median age of 60.