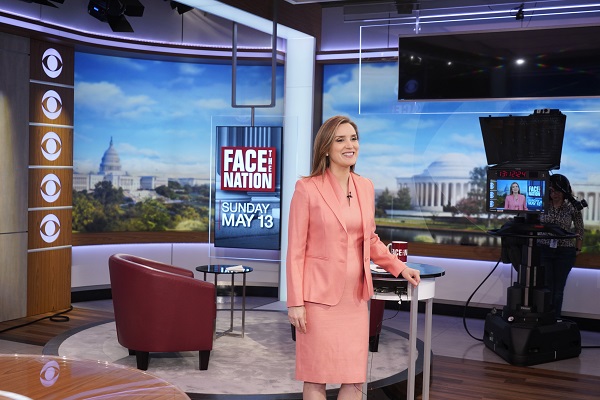 It’s been a quite an intense few days for Face the Nation moderator Margaret Brennan.

On Tuesday, she gave the commencement speech for graduates of Arizona State’s Walter Cronkite School of Journalism and Mass Communication. Then, at around 2 a.m. on Thursday, she interviewed vp Mike Pence at Andrews Air Force Base following the return of three Americans held in North Korea. And this coming Sunday, Brennan will find herself sitting down with politicians and newsmakers in a brand new studio for Face the Nation.

New York-based Jack Morton Worldwide was contracted to design the over 1,700-square-foot studio for CBS News. The company also designed new sets for CBS This Morning, and CBS Sunday Morning in 2017. The latter was the show’s first new set since the program launched on Jan. 28, 1979.

The design process began during the summer of 2016, at the height of the presidential campaign, and really ramped up in early 2018 after CBS News completed its move next door to a brand new building with an enhanced newsroom, studios and office spaces. 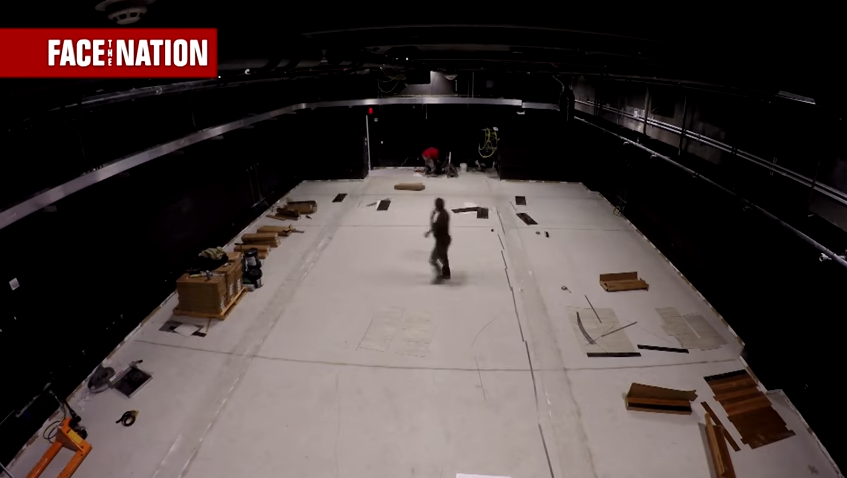 “We envisioned surrounding the primary discussion area with immersive displays, high resolution LED walls on two sides and a band of seamless monitors on a third edge,” said Jack Morton vp and senior designer Larry Hartman told TVNewser. “This has allowed for a much more flexible space, that can instantly react to the editorial topics being covered.” 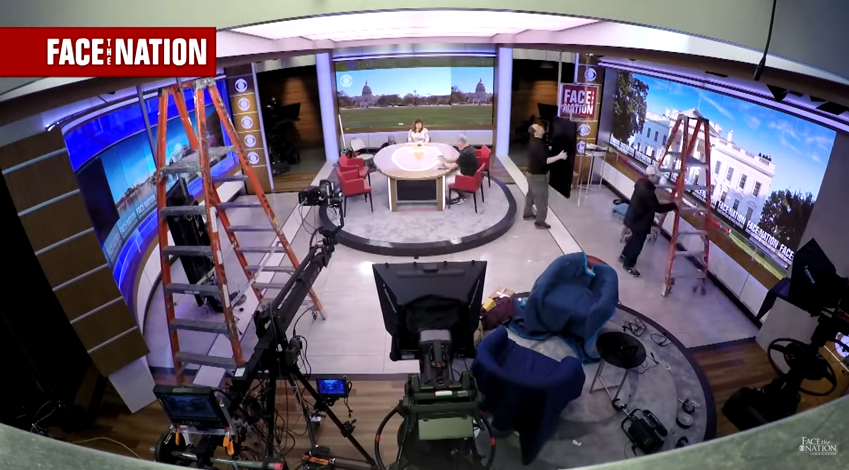 “We are all very excited with the new set—with the video walls and floating monitors, it provides us with remarkable capabilities,” CBS News vice president and Washington bureau chief Chris Isham told TVNewser. “The set also has a very modern, open feeling and is designed to give us maximum flexibility for Face the Nation as well as our other broadcasts.” 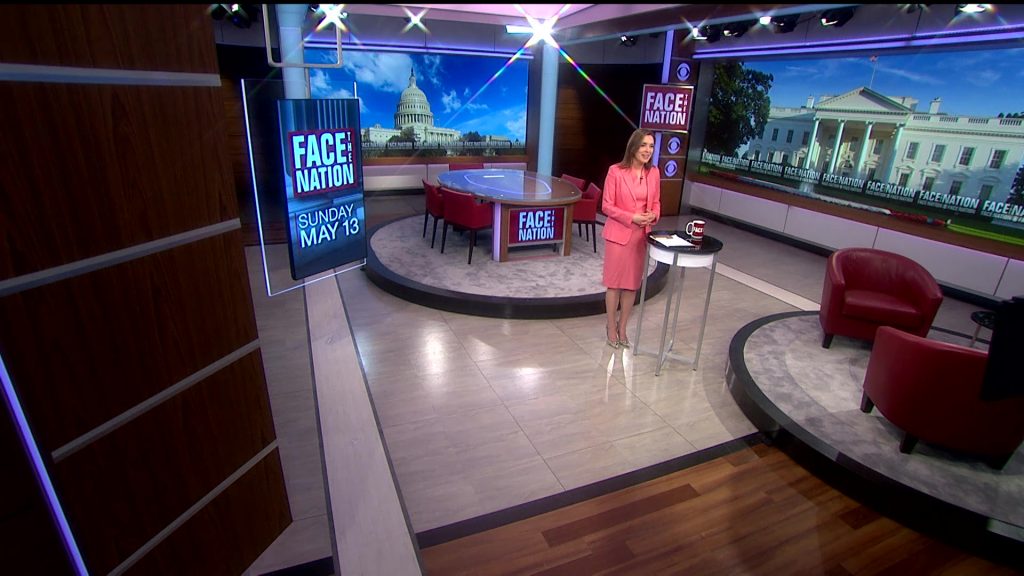 Both the design team and the CBS News team wanted to create a modern design, yet maintain the neoclassical style of Washington, which includes the signature sandstone and marble. There also appears to be some inspiration drawn from the glass ceiling of the Capitol. 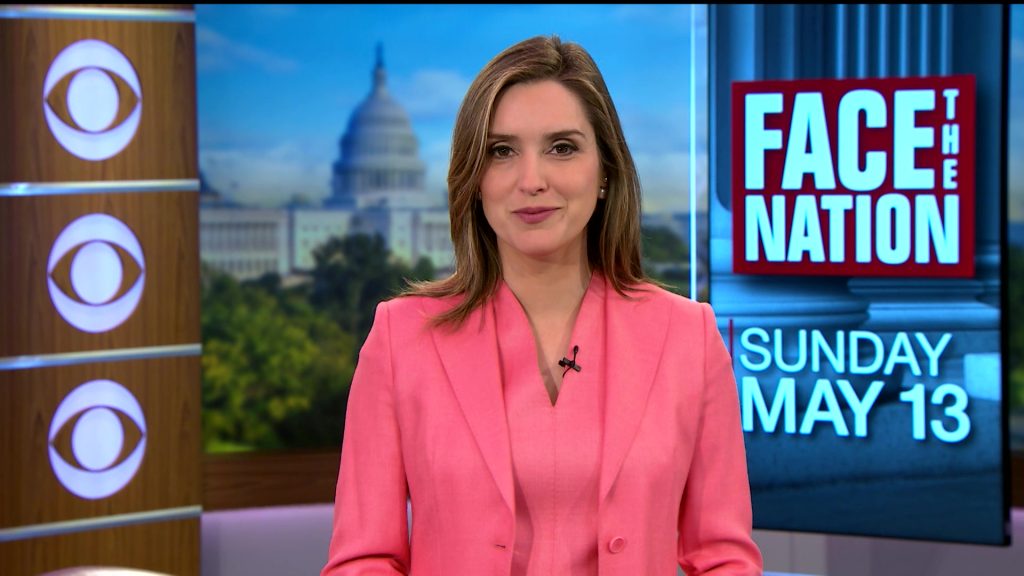 And here’s video (and audio) of the new Face the Nation theme, which hit the web earlier this week.