The revamp of CBS This Morning continues, with the appointment of a new director, a new managing editor and a new senior broadcast producer.

CTM has named Shanta Fripp director of the morning show. A two-time Emmy award winner, Fripp was previously the director of CBS This Morning: Saturday. She joined CBS in 2001 as an assistant in the market research department and has since held several roles including: CBS Sports Broadcast operations coordinator, control room associate director for CBS This Morning since its inception in 2011, timing associate director for NFL Today and NCAA basketball, and the 2016 pool director for the Republican National Convention.

As mentioned, Milne comes to CBS News from ProPublica. In her role as senior editor of video, she built a new team to create short and long form investigative documentary pieces, including their first full length documentary, Unprotected, which recently won a Murrow Award. Before that, Milne was the head of Global TV at Bloomberg, and also worked for nearly two decades at the BBC where she began in the documentary unit.

CBS This Morning has promoted Jon Tower to the role of senior broadcast producer. For the last five years, Tower has been a member of the CBS This Morning senior team overnight and in the control room. He’s been at the forefront of major national and international breaking news coverage, making key editorial decisions and producing numerous special reports. Tower has more than 15 years of experience developing and running live news shows. A Chris Licht protégé, Tower previously spent a decade at MSNBC as a senior producer for Morning Joe. 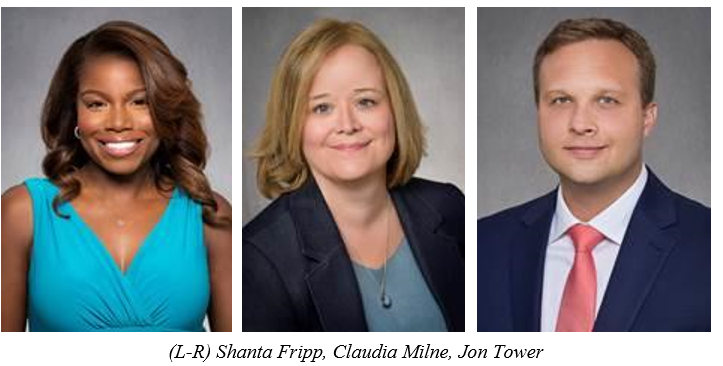 “Thank you all for your incredible hard work and bold ideas over the past several months,” Miller added in a note to CTM staff. “A special thanks to the entire senior team for their unrelenting dedication, often shifting schedules and back-filling vacations while keeping us focused on the important task at hand.”

She added: We are building something exciting and people are watching. We are lucky to do such important work and to be inspired everyday by Gayle, Anthony and Tony. I am so grateful that we have all of you on this team. YOU are our future. Your hard work is what America sees every day: Original. Engaging. Relevant. REAL.”