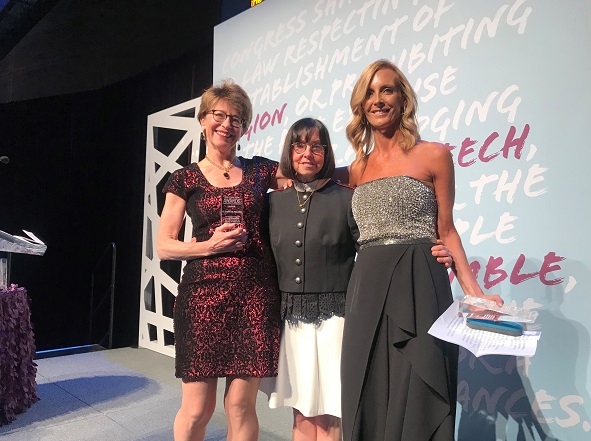 CBS News wrapped up an eventful day by celebrating their three female foreign correspondents, Elizabeth Palmer, Debora Patta and Holly Williams, each of whom was honored last night at the Newseum in Washington, as recipients of the fourth annual Free Expression Awards.

CBS News president and senior executive producer Susan Zirinsky the CBS Newsers with their with the award.

“All of us at CBS News believe that what they do – what we all do – is a calling. A vocation. It’s a public service,” Zirinsky said in her remarks. “What Liz and Debora and Holly do is expose oppression, violence sometimes in the name of a repressive government, sometimes by groups who want nothing more than to create anarchy. Our job is to speak truth to power. From every corner of the globe, Liz, Debora and Holly have wielded the power of the free press to reveal the world to itself.”

Williams was not in attendance. On Tuesday, she gave birth to a son! Both mom and baby are doing well.

Patta and Palmer, on the other hand, were there to accept and give remarks.

Patta was on hand to accept, and told the audience: “The best way to uphold the right to free speech is to exercise that right and we do this by telling the stories of those who would otherwise remain the silent, unnamed victims of unspeakable suffering, in Syria, in South Sudan, the DRC and so many other places.” 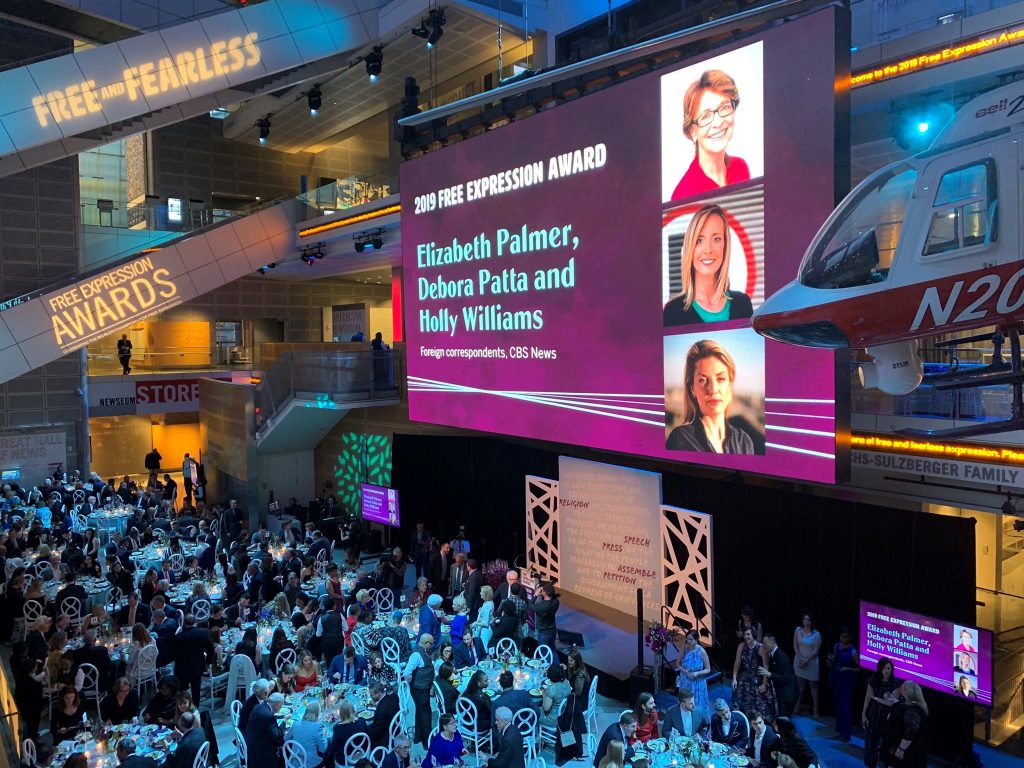 “They recognize that freedom of expression is the underpinning of accountable, representative democracy. It keeps corruption and tyranny in check and it is worth fighting for,” Palmer said.