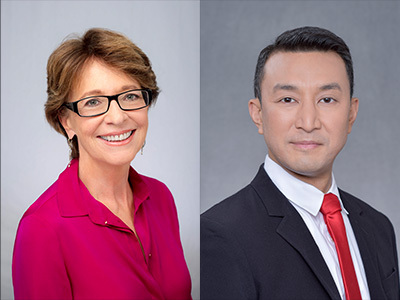 CBS News has tapped Elizabeth Palmer as its new Asia correspondent, reporting from various capitals in the region before moving full-time to Beijing.

Ramy Inocencio is wrapping his two-and-a-half year long assignment in Asia and will now head to the London bureau to cover Europe and the Middle East.

Palmer joined CBS News in Moscow in 2000, and spent over two decades traveling to international hotspots such as Afghanistan, Syria and Iraq.

“Liz is one of the best journalists in the business, with extensive experience covering international affairs and conflict,” Neeraj Khemlani, president and co-head of CBS News and Stations, wrote in a memo to staff. “Her dynamism and authoritative coverage will enhance our reporting in one of the most important and influential areas of the world.”

Inocencio joined the network in 2019 in the Asia-Pacific region and was the first network journalist to report from Wuhan as Covid-19 broke out in Jan. 2020. He’ll now be based in London to report across all CBS News platforms.