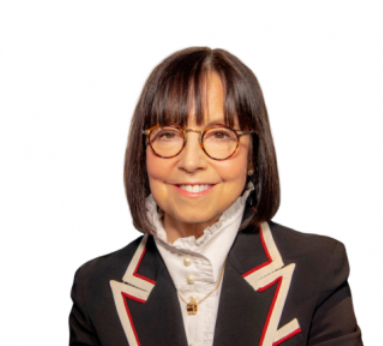 In honor of her distinguished career in news, CBS News president and senior ep Susan Zirinsky was presented last night with the 2020 Fourth Estate Award, the highest honor given by the National Press Club.

Here’s the tribute video intro, with remarks provided by some of the news division’s top on-air talent:

Erin Moriarty – Zirinsky, Z as we call her, rose to the occasion in a remarkable way. She was able to change an outdated culture almost overnight. Able to add diverse voices in front of the camera as well as  behind the scenes. I’ve never been prouder to work for CBS News and the woman who runs it.

Bill Whitaker – If I were to ask what makes Zirinsky so special, well, her intelligence, energy and commitment, But this is Z, no three words are enough.  So, let’s add passion, warmth, humor, integrity, curiosity, leadership, dedication, strength and love, for journalism and journalists.

Richard Schlesinger – CBS News is her life. And because of that, our lives are much better, much richer, much more respected, and a little more zanier with a capital Z.

Scott Pelley – I’ve described Susan as one size too small for petite and the largest presence in any room – a presence defined by her courage, her integrity and fierce defense of all that journalists  hold dear.

Tracy Smith –Now that’s a leader, someone who shows you day in and day out, that she not only cares deeply about the stories and about the audience, she cares about you.

Gayle King –  I always say she’s five foot nothing, but she is mighty. There’s a lot in that packaging.

Norah O’Donnell – Not even Steve Jobs of Apple could have created something so small with so much power and with an everlasting battery life. Susan Zirinsky was Hollywood famous in her 30s when Holly Hunter played her in Broadcast News. She once jumped from a moving train to send footage of President Reagan’s visit to Augusta, Georgia, all in time for the CBS Evening News where she was the first female senior producer.

Her life is a list of firsts, including the first female president of CBS News. But Z’s life story is really about more than her many Emmys and Peabody Awards. It’s about how she takes care of  all of us. She’s a great journalist because she cares, and she listens, and then she charges ahead with what is right. I once heard her say “I live on the edge of fear. I realize it is my most powerful life force.” I just love that. Because I always thought the key to success was being fearless. What we learned from Z is take anything that stands in your way, or gives you doubt, and somehow make it your fuel. I’ve never had and never will a better boss.

Fast forward to 58 minutes into the video for Zirinsky’s acceptance remarks, where she speaks about her journey from working as a part-time weekend desk assistant at CBS News Washington in 1972 (she was still in college at that time!), “learning from the legends like Walter Cronkite and rising through the ranks, Dan Rather, Lesley Stahl, Bill Plante, Rita Braver — a who’s who of journalism.”

She concludes by saying: “The nation is divided. More than 73 million people voted for the candidate not elected. In order to heal that divide, we as journalists have to report on fairly in order to understand what separates us as people, we have to understand what they’re going through. Their beliefs, their guiding principles. We have to understand. We have to have empathy. To serve the American people, you have to ask the questions that get answers for all Americans. The most important thing we can do right now is get it right …”