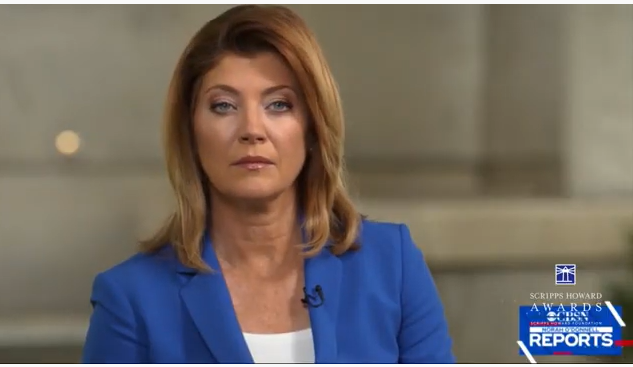 The year-and-a-half long investigation uncovered failures by military leaders to change a pervasive culture of sexual assault and rape in the U.S. Armed Forces, even as the Pentagon funnels hundreds of millions of dollars into sexual assault prevention.

Over the course of the investigation, CBS News spoke with military whistleblowers, nearly two dozen survivors, and families of soldiers who died by suicide as they recounted their devastating experiences with the armed forces. The groundbreaking report was met with immediate action by then Sec. of the Army Ryan McCarthy, who released the Fort Hood report. One of the first actions by new Defense Sec. Lloyd Austin was to order a review of the military’s sexual assault and prevention programs.

“If you look at the best investigative reporting, the thing that is persuasive is that it just piles fact upon fact upon fact until you can no longer refute, until you have to accept it. This series did that,” said the Scripps Howard judges.

O’Donnell has reported on this issue since 2017, when she was awarded an Emmy for an investigation on sexual assault at the U.S. Air Force Academy.

Producer credits for the award go to: Megan Towey, Kristin Steve and Adam Verdugo. Jay Shaylor is executive producer of the CBS Evening News, and Len Tepper is executive director of the CBS News Investigative Unit.

The winner of Broadcast, National, International Coverage is @CBSNews for “@NorahODonnell Investigates: Military Sexual Assault,” an investigation that exposed the military’s systemic failures when it came to addressing sexual assault within its ranks. #ScrippsHowardAwards pic.twitter.com/JiqDDakoH9