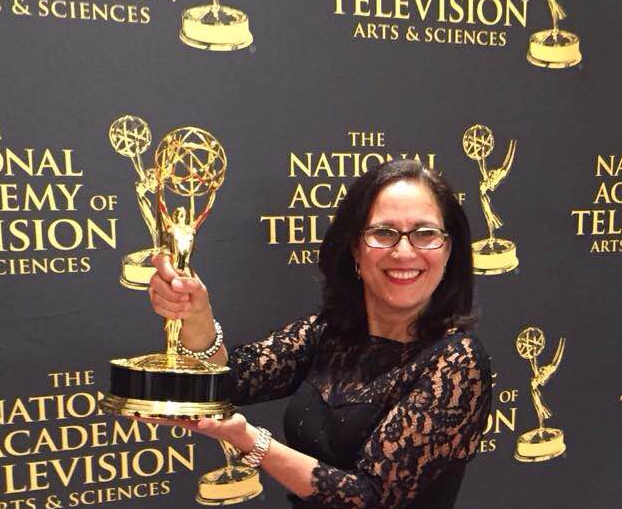 The disease from hell strikes again.

CBS News foreign news editor Ana Real passed away from leukemia yesterday at the age of 60.

“Ana was part of the heart and soul of this organization. It didn’t matter if you were an executive, a producer, a production associate. She stood up for you and made all of us better at our jobs,” CBS News president Susan Zirinsky said in a statement.

Born and raised in Nicaragua and living in New Jersey, Real joined CBS News in January 2001 and would go on to win two News & Documentary Emmys during her time at the network. She was a critical part in the network’s reporting on such stories as the young survivors of the earthquake in Haiti and the questionable practices of international adoptions.

Beyond heartbroken to learn cancer has taken our @CBSNews colleague Ana Real. A phenomenal journalist who dazzled everyone with her talent, her smile & her zest for life. I will miss her. Here she is sitting right beside me less than a year ago at @BojorquezCBS’ Miami home. pic.twitter.com/itngXVjvP0

Ana Real lit up every room, made every story she touched infinitely better, was caring and nurturing while at the same time a force of nature. Cancer has robbed us once again. There will be no replacing her, only honoring her through the type of journalism she loved … pic.twitter.com/gAFxXLMNZm

We at @CBSNews are terribly sad to learn of the death of foreign editor Ana Real (pictured here along with @BojorquezCBS), a brilliant chismosa and strong champion for much-needed coverage of the Americas and rest of the world. We will miss you, Ana. Descansa en paz. pic.twitter.com/hYGgiHNsXI

CBS This Morning cohost Norah O’Donnell, who has had some health issues of her own, also weighed in via Twitter:

We at ⁦@CBSNews⁩ are deeply saddened to learn of the passing of our friend and a pioneer in journalism Ana Real (pictured on right). She fought every day for our broadcasts to help cover foreign news. Her passion and brilliance made us all better. We will miss you. pic.twitter.com/MqOBdwoLOD

Thoughts are with my @CBSNews friends today who are dealing with the loss of a beloved colleague, Ana Real… A dedicated journalist and good friend to all in the CBS News family https://t.co/83CKTAYSbi