Isham will become executive producer of political coverage through the election, and he will leave the network after the election.

CBS News evp Ingrid Ciprian-Matthews will serve as the Washington bureau chief for now, running day-to-day operations. According to CBS News president and senior ep Susan Zirinsky, Ciprian-Matthews will be leading the network’s search for the next Washington bureau chief along with CBS News evp of news Kim Godwin, support from HR and Zirinsky herself.

“We will begin a transition process immediately that gives us the time to maintain our competitiveness at a most challenging time,” Zirinsky wrote in a staff memo obtained by TVNewser.

On a more positive note, the network announced that Lorna Jones is being promoted from CBS News managing editor to CBS News Washington’s deputy bureau chief.

“Lorna has been in the Washington bureau since 2015,” wrote Zirinsky. “She began working at CBS News at 48 Hours in 2001. She has a strong editorial and operational background having been the Weekend News manager for the national desk prior to moving to Washington.” 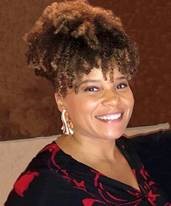 Ciprian-Matthews and Jones will assume their new roles officially on July 6.

“I want to acknowledge that the productivity and performance of the Washington bureau has been outstanding—highly competitive and exceptional, meeting the challenges of these chaotic times,” Zirinsky added. “CBS has been out front covering Covid-19 and the watershed events in the aftermath of the tragic death of George Floyd, as the country confronts the systemic and historic racism and the abusive policing in America. I am truly proud of this bureau’s journalism.”