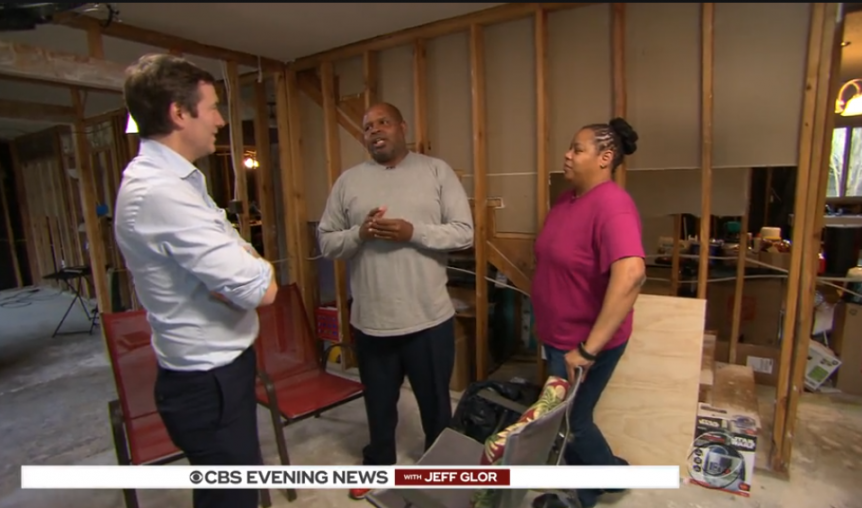 CBS News prides itself on its original reporting (as do all of the networks, frankly), but the Society of Professional Journalists  felt CBS’ investigative reporting was especially strong this past year.

The CPJ honored the network with a Sigma Delta Chi award in the Investigative Reporting category for its reporting on National Flood Insurance Program and how it was mismanaged by the federal government.

TVNewser obtained a internal note that CBS Evening News anchor Jeff Glor sent to his CBS News colleagues. thanking them for their hard work and informing them that some tasty treats were on the way.

Glor and his producers worked on the story for both Evening News and CBS This Morning.

Team,
Your work has produced something special. We won the annual SPJ award for investigative journalism, given to one network story every year (last year it went to our friends at 60 Minutes). The investigation of the National Flood Insurance Program and how it failed Richard and Linda Brown (and many others) was put together by Megan Towey, Kristin Steve, Len Tepper, Molly Kordares, and Mike Cesario. It resulted in direct congressional action and is a prime example of the work we’ve done and focus on. Please join me in congratulating the team behind this effort, as well as the others currently working similar projects.
A few treats have arrived at all bureaus to say thanks not just for this, but the hard work you do every day.
You are the best. Be proud of it.
Jeff

The NBC News documentary: Hope & Fury: MLK, The Movement and the Media won the Documentaries category.

NBC News: The Last Doctors – a look at medical examiners and a mass shooting aftermath – won the Digital Video category.

NBC News president Noah Oppenheim sent the following note out to staff, congratulating them on their accomplishments:

I am pleased to share that NBC News has been awarded three Sigma Delta Chi awards, which recognize the best in journalism across all platforms.

Hope & Fury: MLK, The Movement and the Media, which has already won three awards so far this season, has won yet another with the Sigma Delta Chi award for TV/Documentary.

NBC Nightly News has won TV/Breaking News Coverage for its reporting on the tragic shooting in Thousand Oaks, California, which was anchored by Lester Holt in Southern California and included on-the-ground reporting from Miguel Almaguer, Joe Fryer, Tom Costello, and Stephanie Gosk. This marks the second consecutive year that Nightly has won in this category.

And, lastly, NBC News THINK won for Online Reporting/Digital Video for The Last Doctors, which documents how mass shootings affect our first responders.

This continues to be an incredible awards season for us, and I know your hard work will continue to be recognized.

Congratulations to all again.  We look forward to the awards ceremony in June, which our own Hallie Jackson will emcee.

Additionally, PBS NewsHour won the Feature Reporting category for Burdened Beyond Their Years. This was a story about the children of Yemen.