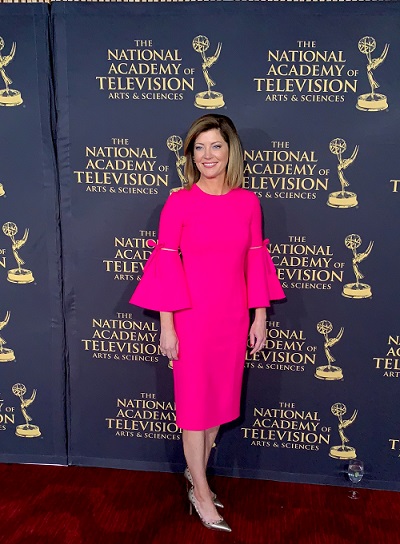 According to Page Six, CBS News execs recently offered ABC News’ George Stephanopoulos the CBS Evening News anchor role and a gig on 60 Minutes before Stephanopoulos decided to sign a new four-year deal that keeps him at his current home.

When we asked CBS for comment on the Page Six report, the network’s response was: “Not true.”

Perhaps the “not true” was exclusively in reference to Stephanopoulos, because Variety is now reporting that CBS News is considering having CBS This Morning co-host Norah O’Donnell replace current CBS Evening News anchor Jeff Glor as permanent host of the CBS Evening News.

His first broadcast as Evening News anchor was Dec. 4, 2017, and the program has seen more year-over-year ratings decline than its competitors. It’s worth remembering that it was outgoing CBS News president David Rhodes who installed Glor in the chair, not incoming CBS News chief Susan Zirinsky.

But one should keep in mind that Glor is still pretty new to the job, and ousting him this early in his run seems a bit odd.

This wouldn’t be the first time CBS News featured a woman as Evening News anchor. You’ll most certainly recall that Katie Couric anchored the newscast from 2006-2011. Her ride was a turbulent one, but it’s worth remembering Couric came straight to CBS from NBC News. O’Donnell, on the other hand, is a CBS News veteran.

Not only would O’Donnell become anchor, but the broadcast would move to Washington, D.C., which is where O’Donnell and her family live.

CBS This Morning added a fourth member to the CTM team, Bianna Golodryga, last fall, in part to give Gayle King and O’Donnell more opportunities to do reporting out in the field.