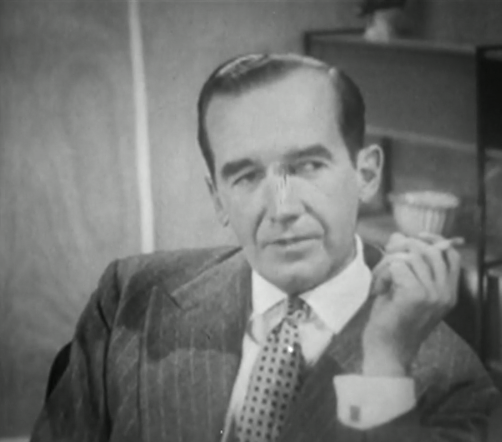 CBS News and BBC News announced today a new editorial and newsgathering partnership that should bolster the global reporting resources for both companies.

This new partnership, effective immediately, allows both organizations to share video, editorial content and additional newsgathering resources in New York, London, DC, and across the globe. The new relationship between the two news networks will also allow for more seamless planning of newsgathering resources to improve and increase content of each broadcaster’s coverage of world events.

CBS News president David Rhodes made the announcement in an internal memo to staff today:

This morning, we are announcing an agreement with BBC News that will greatly enhance our global newsgathering capabilities and extend our editorial reach in new and exciting ways. The news is being announced on cbsnews.com, CBS This Morning, CBSN, and through press releases.

Everyone at CBS News is committed to comprehensive, international, original reporting – and BBC News shares these values completely. Both of our organizations have a rich history covering the world’s biggest stories over many decades. We’ll have no better partner to help us deepen our global news footprint.

Beginning immediately we will coordinate resources and coverage strategy with BBC News. This takes the place of our longtime arrangement with Sky News who have been strong allies for many years, but the opportunity to partner with one of the world’s largest news organizations was too compelling not to make this change.

I want to thank Ingrid Ciprian-Matthews, Andy Clarke, Marsha Cooke, and Charlie Pavlounis for identifying this opportunity and then making it happen in recent months. We were joined here in New York this week by my BBC counterpart James Harding and his team – you may see some of them in the Broadcast Center today. We plan reciprocal visits between BBC and CBS News staff in various locations to get everyone working together.

None of this would be possible if we were not proving ourselves each day in our news coverage –which was recently recognized with the announcement that CBS News won the Edward R Murrow award for Overall Excellence. Thank you for your part in this – and in the days ahead as we work together to make this new collaboration a success.

“There’s never been a more important time for smart, courageous coverage of what’s happening in the world,” BBC Director of news and current affairs James Harding said in a separate statement. “This new partnership between the BBC and CBS News is designed to bring our audiences—wherever you live, whatever your point of view—news that is reliable, original and illuminating. Our ambition is to deliver the best in international reporting on television.”

This move signals the end of the BBC’s current arrangement with ABC News, one which began all the way back in 1994.

Why did BBC make the decision to cut ties with ABC News?

A BBC spokesperson tells TVNewser: “Having worked on an ad-hoc basis with CBS over the past few years, we have found that this matches the BBC’s current needs well, and thus we have decided to strengthen our relationship.  We have had a long and fruitful partnership with ABC for many years and thank them for their years of hard work and expertise.”

CBS and BBC News aren’t totally foreign to one another. Iconic CBS News journalist and anchor Edward R. Murrow often delivered the news reports from across the pond during the World Wars, specifically from Studio B4 in the BBC’s London headquarters.

Here’s some video of his reporting from the U.K.: