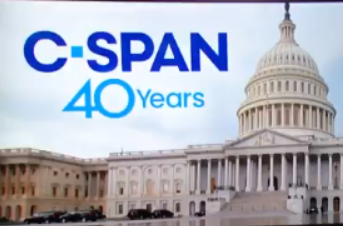 MSNBC has been granted exclusive live TV and streaming coverage rights to the 2019 South Carolina Democratic Party convention, set to take place tomorrow, and other TV news networks are not happy about it.

C-SPAN, along with other broadcast and TV news networks, sent a joint letter to the chair of the state’s Democratic party Trav Robertson yesterday, formally protesting the party’s decision to grant exclusive live TV and streaming coverage rights to MSNBC.

We ask that you reserve this decision and allow your state party convention to proceed without opportunity to see and hear all of the 2020 Democratic candidates as well as South Carolna’s state and party officials. 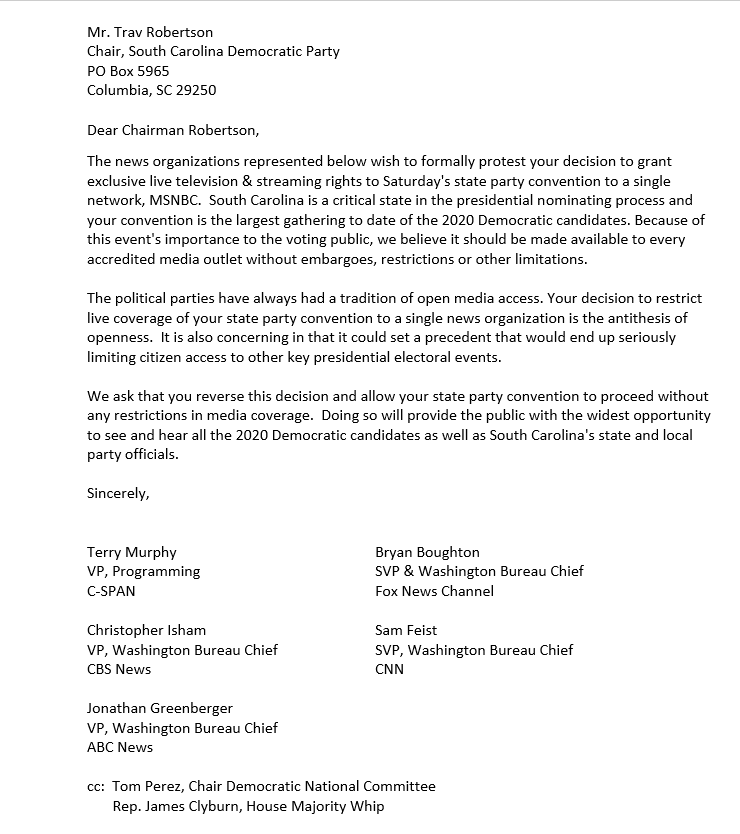 C-SPAN had been the most vociferous critic of the ban. After all, this is a network that has provided gavel-to-gavel coverage of congressional events for 40 years, and has never been barred from covering an event in real-time.

The South Carolina Democratic Party has not yet responded to a request for comment on whether this ban will be lifted.

MSNBC’s exclusive coverage of the convention is being led by Joy Reid and Al Sharpton. The hosts will be joined by several Democratic candidates over the nine-hour convention to preview the Democratic presidential primary debate set to take place in Miami a few days later.