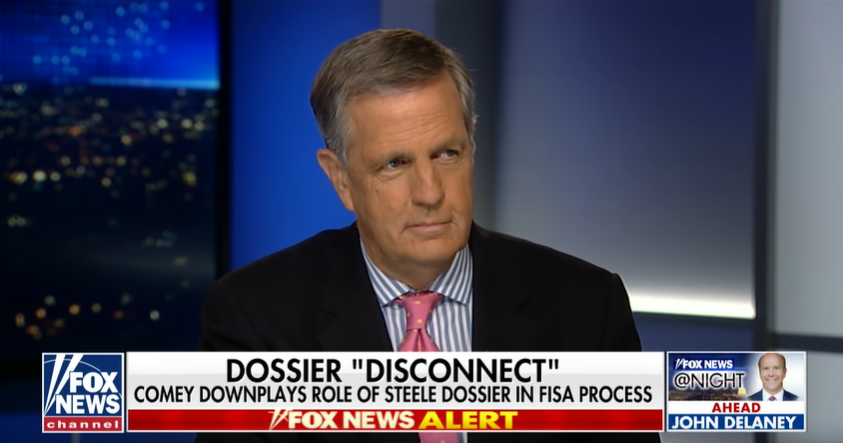 Twitter has been buzzing this morning about former Fox News Special Report anchor-turned senior political analyst Brit Hume and a racy website he seems to have visited.

The longtime TV newser posted a screenshot on Twitter this morning, where he showed election betting odds for whether Joe Biden or Bernie Sanders can defeat President Trump in 2020.

Part of the screenshot included several tabs, one of which had the title: “Sexy Vixen Vinyl.”

Hume’s tweet has been deleted, but here’s a screenshot of the tweet, which has been circulating around the internet for hours.

In fact, Hume has been trending on Twitter today.

“Brit Hume Sexy Vixen Vinyl” is a phrase that works to the rhythm of the “Teenage Mutant Ninja Turtles” theme and now I can’t unhear it.

I did not have *Brit Hume Sexy Vixen Vinyl* on my bingo card. Also, good morning.

I have to admit, Brit Hume’s Sexy Vixen Vinyl is a perfect comic button for a week that began with Harvey Weinstein’s conviction.

If Brit Hume had a sense of humor he’d change his Twitter handle to Sexy Vixen Vinyl pic.twitter.com/i6zUiuPEJH

Yes, it’s possible Sexy Vixen Vinyl might have been a pop-up ad, but the lesson here is to always double-check what’s on your browser before posting a screenshot on Twitter.