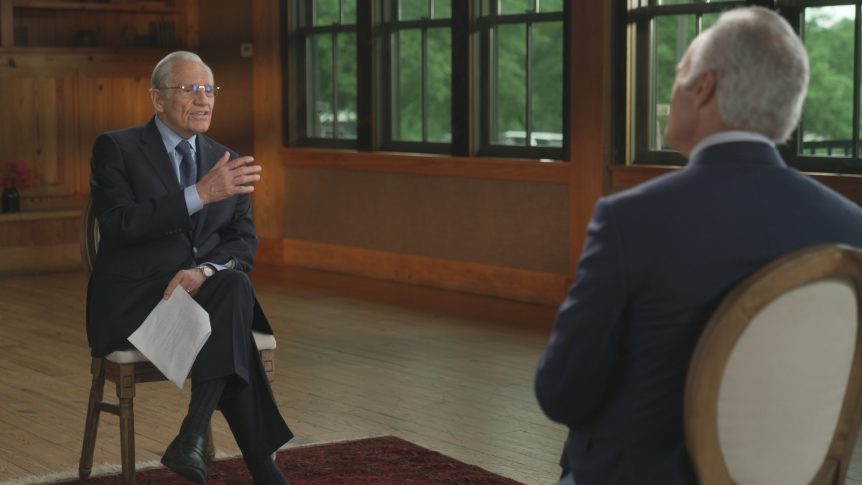 Longtime Washington Post reporter Bob Woodward reveals in his new book Rage—based on 18 recorded interviews with President Donald Trump—that Potus was warned during an intelligence briefing on Jan. 28 about the grave threat of Covid-19. His national security adviser Robert O’Brien told him on that date that the virus is going to be “the greatest national security threat to your presidency.”

He created the coronavirus task force the following day, and on Jan. 31 said, “We think we have it very well under control. We have very little problem in this country at this moment—five. And those people are all recuperating successfully. But we’re working very closely with China and other countries, and we think it’s going to have a very good ending for us. So that I can assure you.”

On Jan. 31, Trump restricted travel from China, and one week later, on a Feb. 7 call with Woodward for the book, Trump tells the famed Watergate reporter, “It [the virus] goes through air, Bob. That’s always tougher than the touch. You know, the touch, you don’t have to touch things. Right? But the air, you just breathe the air and that’s how it’s passed.”

He added: “And so that’s a very tricky one. That’s a very delicate one. It’s also more deadly than your, you know, your even your strenuous flus. This is deadly stuff.”

Despite being aware of how deadly the virus could be, Trump tweeted the following on Feb. 24:

The Coronavirus is very much under control in the USA. We are in contact with everyone and all relevant countries. CDC & World Health have been working hard and very smart. Stock Market starting to look very good to me!

Two days later, Feb. 26, at a press conference, he remarked, “It’s a little like the regular flu that we have flu shots for. And we’ll essentially have a flu shot for this in a fairly quick manner.”

Fast forward 8 and 1/2 months, and roughly 200,000 Americans have died after contracting the coronavirus.

In an interview with Scott Pelley which aired on last night’s broadcast of 60 Minutes, Woodward said why the president decided to stay quiet about the severity of the virus.

Pelley: Did the president ever disclose to you why he wasn’t telling the public what the stakes were with the coronavirus?

Woodward: So in March, I asked exactly that question. You know, what’s going on. And the president said:

Woodward: I think he did not understand the American public. And he said, “Well, I don’t want to create a panic.” We know, from history, when the public is told the truth, they organize. “We have a problem. We’re going to step up.” And Trump thought, “Oh, well, they’ll panic” when there’s a crisis, when the president, particularly, knows something, it’s time to tell the public in some form. He failed.

“I wanted to always play [coronavirus] down, I still like playing it down, because I don’t want to create a panic,” said President Trump in a March phone call with Bob Woodward. https://t.co/3nM9TO3crK pic.twitter.com/RcwZscOCx1

Today show had the first live interview with Woodward this morning about the book. Savannah Guthrie pressed Woodward on why he didn’t reveal the fact that the president was downplaying the threat of the virus sooner. After all, Trump told Woodward on Feb. 7 that this coronavirus was airborne, and that it was five times more deadly than the flu.

Perhaps this could have allowed Americans to mobilize earlier, and potentially save lives.

Woodard: Because in February I thought it was all about China. Because the President had told me about a discussion with Chinese President Xi. And if you look at what was known in February, the virus was not on anyone’s mind. No one was suggesting changing behavior. Then when it exploded in March, as you know, there were 30,000 new cases a day. Publishing something at that point would not have been telling people anything they didn’t know. They knew very clearly that it was dangerous.

Guthrie: Well, let me just pick up on that. You know, understanding that hindsight is 20/20 vision and it may have taken time to put all the pieces together, one thing was abundantly clear. He tells you on February 7th, this is five times more deadly than the flu and it’s airborne. Then in the weeks following he was saying it was just a flu and it would disappear. You knew right then and there was a contradiction between what he told you and what he was telling the public.

Woodward: If there was any suggestion I had that that was about the United States, I would have of course published. I think I have public health, public safety responsibility. But there was no indication in February. In March, everyone knew what Trump had told me that it applied to the United States. The key here, Savannah, is that in May, three months later, I learned the key piece of evidence. That on January 28th, ten days before that February call, the President was warned by his National Security Adviser in a top-secret meeting that the virus is going to be the greatest national security threat to your presidency. And then his deputy Matt Pottinger stepped up with details explaining a pandemic was coming. That’s why I begin the book with that January 28th meeting. Because that’s what the president is telling me about on February 7th. I think he’s talking about China.