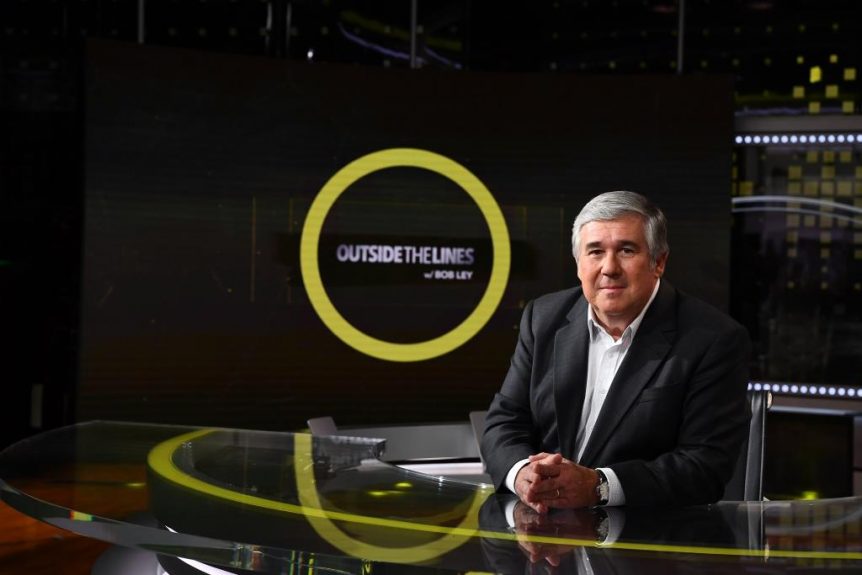 The sports media world has taken a severe hit this morning, as longtime ESPN anchor Bob Ley has announced that he is retiring from the network at the end of the month.

Too many folks to thank individually, right now, but know that I have you all in my mind and my heart. Some news to share: pic.twitter.com/Qydhpcy4MV

Ley joined The Worldwide Leader in Sports three days after the network launched in 1979.

ESPN says that Jeremy Schaap and Ryan Smith will take over hosting duties of the network’s mid-day investigative journalism Outside the Lines, which Ley had hosted for 28 years. The program launched in 1990 as a monthly special. These days, it airs weekdays at 1 p.m. ET.

“Fearless journalism,” Ley has said of the program. “Honest and fair.”

Ley had taken a six-month sabbatical from ESPN back in October 2018, with Schaap, Smith and Kate Fagan serving as co-hosts during the sabbatical.

Former ESPN president John Skipper once referred to Ley as “nothing less than the Walter Cronkite of sports journalism.”

Here’s how Ley signed off OTL last September. He may have already known (but viewers hadn’t) that this would be his final broadcast as a member of the ESPN on-air family:

I’ll catch you on the flip side. pic.twitter.com/q0HNBn5rmu