NEXT:Chris Wallace on Pres. Trump: 'He Has Let Me Know That He Doesn't Think I Treat Him Fairly'
PREVIOUS:Ana Navarro Will Co-Host The View on Fridays 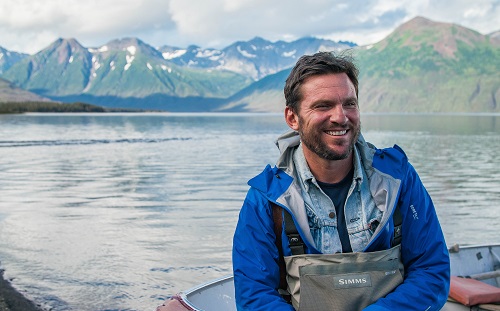 Bill Weir‘s work in Central America reporting on the migration in recent days appears to be a warmup for a new limited series on he’ll be hosting later this year on Discovery.

The network announced it will document the work of law enforcement on the border as well as the real lives, real moments and real stories of those that live and work along its remote stretches in Border Live. The six-part multiplatform series broadcast live beginning Wednesday, Dec. 5 from 9 – 11 p.m. ET on Discovery.

Each week, Discovery will broadcast live from its New York-based studio. The show will be hosted by the CNN anchor and correspondent, who will track the action and stories as they unfold live from the U.S.-Mexico border.

Weir will engage with experts across a range of border issues, offering insight and perspective on events as they occur.

Most recently, Weir was host and executive producer of The Wonder List on CNN. He joined CNN five years ago after 9 years at ABC where he served as a co-anchor on GMA Weekend and Nightline.

Border Live crews will be embedded out in the field with officers and special agents at key border sites from Nogales, Ariz., in the west to the Rio Grande Valley and points east.

Veteran investigative journalist Lilia Luciano will also be immersed in the field and tackle stories by interviewing people who live and work along the border.

Luciano is an award-winning investigative reporter at TEGNA’s ABC10 in Sacramento, Calif. She’s bi-lingual and has a deep understanding of border issues from her time as a reporter/host for Vice and previously Univision. Luciano is also a documentarian working on projects with HBO Latino.

U.S.-Mexico border has been a significant point of contention in recent years, and even more so in recent weeks, with the Trump administration bulking up on military presence at the border in anticipation of a “migrant caravan” moving north through Mexico.

With Border Live, Discovery appears to be taking a page out of its rival’s book, as Live PD has turned into a powerhouse series for A&E.

“The US-Mexico border has been the focus of our national dialogue over the last several years. Our goal with this project is to shine a light on epic stories through immersive experiences, and we will turn that lens on one of the biggest and most important stories of our time,” said Discovery chief brand officer Nancy Daniels.