NEXT:Harris Faulkner Tells Us What Fox News HQ Was Like During the Kavanaugh-Ford Hearings
PREVIOUS:Sunday Show Ratings: Sept. 30 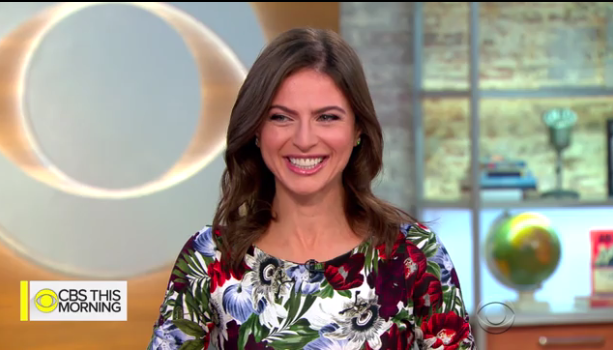 “Viewers know us as the real news destination in the morning–which is why Bianna is the perfect addition to our team,” CBS News president David Rhodes said in a statement. “We are so fortunate to have her curiosity and global perspective on every broadcast of CBS This Morning.”

This morning we have a new Co-host @CBSThisMorning— Bianna Golodryga is joining the broadcast full time.

Bianna has been a colleague for almost a year now as a Correspondent.  Her contribution to @cbsnews has grown consistently over that time.

With a fourth co-host joining Gayle, Norah, and John, we are going to be able to extend the journalistic ambition of the morning broadcast.  We will give our anchors room to report from the field whenever that’s called for and we will bring more perspectives to the table in the studio.

“CBS has the best morning news team in the business,” Golodryga added. “It’s an honor to be joining Gayle, Norah and John and everyone at CTM as we continue to do what CBS News does best–reporting on issues that matter to our viewers, along with enterprising, smart and objective storytelling.”

The former Yahoo News anchor joined CBS News as a New York-based correspondent in September 2017, and her first assignment at the network was reporting from her hometown of Houston, covering the aftermath of Hurricane Harvey.

Before Yahoo, Golodryga spent four years as co-anchor of Good Morning America weekend and the network’s business correspondent. Golodryga began her career in television as a bureau producer at CNBC in 2001.

TV newsers may also recognize Golodryga from her work guest-hosting Morning Joe during the 2016 presidential campaign season, as well as her intense interview with California Republican Congressman Dana Rohrabacher while she was still an anchor at Yahoo News.

In that interview, Rohrabacher claimed that Russia is not a human rights abuser, a claim that Golodryga, who was born in Russia, did not appreciate.