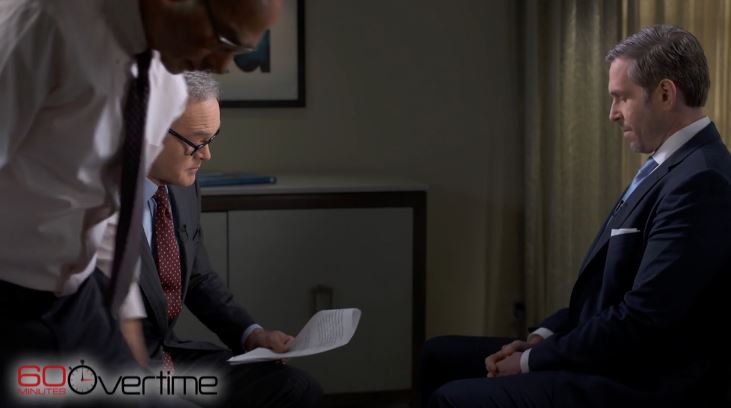 CBS News bookended its day with news about the news.

On Sunday Morning, Ted Koppel‘s story called The Great Divide discussed the media’s role in a divided nation. Later Sunday, on 60 Minutes, Scott Pelley reported on the phenomenon (not new at all) of fake news. But first, producers had to define what fake news was:

“We weren’t interested in doing a story about the ‘fake news’ that is invoked by politicians against the media for stories that they don’t like,” said producer Michael Radutzky. “We’re using the term ‘fake news’ to describe stories that are provably false, have enormous traction in the culture, and are consumed by millions of people.”

Here’s more of the backstory from 60 Minutes Overtime: