NEXT:Megyn Kelly Fires Back at Jane Fonda: 'She Has No Business Lecturing Anyone on What Qualifies as Offensive'
PREVIOUS:Scoreboard: Friday, January 19 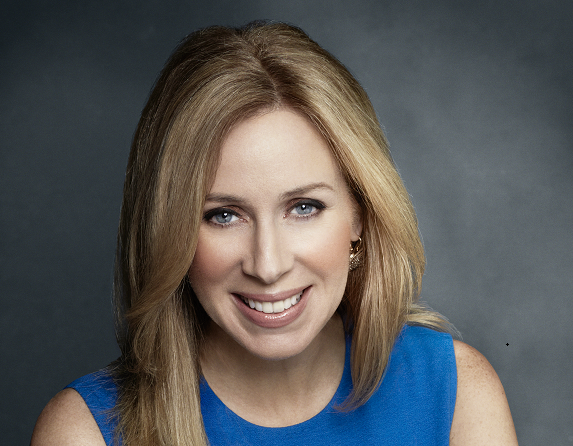 Now that it looks like the U.S. Government will re-open, Pres. Trump should be able to keep his schedule which includes attending the World Economic Forum in Davos, Switzerland this week.

When CNBC’s Becky Quick heard Trump was planning to attend this year’s event she admits was surprised. “Last year, many of the speakers at the World Economic Forum seemed intent on repudiating the newly elected leader and his message,” Quick told TVNewser.

Quick, co-anchor of CNBC’s Squawk Box, has been covering Davos for more than a decade and says the president’s presence will certainly be a highlight.

TVNewser: What can we expect from you this week at the World Economic Forum, coverage-wise?

Quick: The lineup is incredible this year and falls right into the core of what CNBC does: it’s the intersection of politics, the economy and the stock market. There are 70 heads of state going this year, and an all-star lineup of the heads of the biggest companies in the world. And now that President Trump and many members of his cabinet are expected to attend, it’s the perfect venue to for us to get to the heart of what is powering the engine behind this amazing surge in global and domestic growth.

You have a background in print journalism at The Wall Street Journal. How did your experience in print prepare you to become a TV news anchor?

Learning how to write is a discipline that makes you a clearer thinker, and a better communicator in any medium. The basics of journalism translate across both print and television, it’s just the delivery that is a little different. Learning the core principles of good journalism in print has helped me enormously in television.

After years of dominance, CNBC is now getting competition from another network, FBN, in the Nielsen ratings department. Do you pay attention to the ratings?

Not at all. I pay attention to our viewers, who are the wealthiest, most influential people in the world. That’s what makes CNBC stand out. It’s a very sophisticated audience, and we work hard every day to shine a light on the stories they care about, and to bring them actionable information to help them make real-time decisions. We can’t lose that focus for a second or get caught up in the general media noise or we do our audience a disservice. 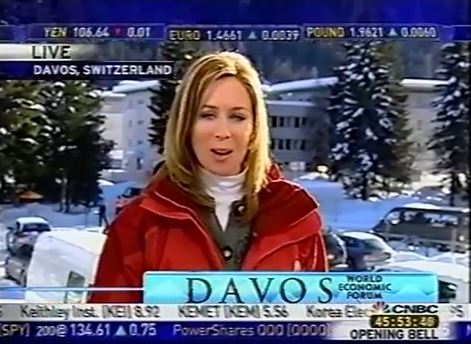 What do you think about President Trump going to Davos? One can make an argument that many attendees are the “elites” he and many in his administration have railed against.

I have to admit that I was surprised to hear the news that he was attending. But whether they agree with Donald Trump or not, he’s the President of the United States, and his policies have far-reaching implications that will affect virtually every person there. The World Economic Forum is lucky to have him addressing them. It’s going to be fascinating and I’m thrilled to have a front-row seat to watch it all unfold.

Should President Trump receive the lion’s share of credit for the Dow topping 26,000? Is it more the Fed? Or the Republican-controlled Congress? I’m interested in your thoughts about this.

I’ll leave assigning credit to the market makers, historians and political pundits, but I think it would be difficult to completely discount the instantaneous surge in the stock market that started the day after Donald Trump’s election and has continued ever since.

Your husband is in the TV news business. Do you two ever get time away from talking about the news? What else do you like to do?

Well the short answer is, news brought us together and it’s a 24-hour business, so we kind of live and breathe it both in and out of the office. But we have four kids and get up just after 3:30 a.m. every morning – that doesn’t leave a lot of time for much else!