NEXT:Here's Where Norah O'Donnell Got Her Start in Broadcasting
PREVIOUS:Trump On Tapes: 'I Did Not Make, and Do Not Have, Any Such Recordings' 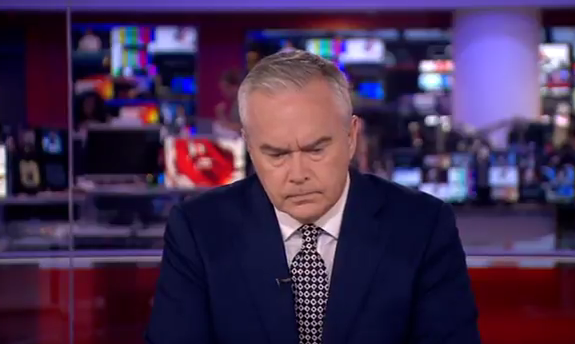 The BBC gave new meaning to Technical Difficulties, Please Stand By when one of their anchors was left standing by, live on air, for four minutes.

On this YouTube video, the author writes, “This was recorded from the BBC News Channel and as NOT been edited in anyway. This is what every News Channel viewer would have seen.”

The editor of BBC News at Six and Ten Paul Royall later explained a “technical systems crash” caused the delay. After the glitch started making the social media rounds, the BBC uploaded its own 1-minute edited version of what happened.

Edwards had some fun on Twitter about the snafu:

Hard day fixing the kit but we got there #BBCNewsTen (with thanks to @HuwsAtTen for scary pic) @BBCNews pic.twitter.com/5B9bzZI65L