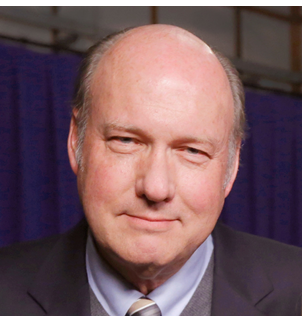 “Bill’s ability to produce captivating, informative and entertaining television is unparalleled, and his sustained success speaks for itself,” William Burton, svp of daytime, sports and syndicated Development/Production, ABC Entertainment, said in a statement. “We’re absolutely thrilled to have a trailblazer like Bill lead our team. The exciting combination of Bill’s deep knowledge and vision paired with Tamron’s vast capabilities and extraordinary talent puts the show in the best position possible to become a daily destination for viewers this September.”

Geddie worked with TV news legend Barbara Walters as executive producer of ABC’s The View for 17 years. He co-created the program.

In addition, for more than 25 years he served as executive producer, writer and director of the popular, The Barbara Walters Specials, and The 10 Most Fascinating People, both under the BarWall Productions banner.

Before teaming with Walters, Geddie was a producer for Good Morning America.

“When you’ve spent your career in daytime television, you know the real thing when you see it,” Geddie said in a statement. “Tamron is smart, funny and relatable with a compelling life story – she has a voice that ought to be heard and is exactly what daytime needs right now. This is the most exciting thing I’ve done since launching The View, and I can’t wait to partner with Tamron and shake up daytime again.”

The show, which does not have an official name just yet, is distributed in national syndication by Walt Disney Direct-to-Consumer and International, a segment of The Walt Disney Co., and has been sold in more than 70 percent of the country to date. The show is set to debut in fall 2019 on ABC owned stations.

The one-time NBC Newser hosts Deadline Crime on Investigation Discovery, but this will be her first host gig on live TV since her controversial departure from NBC News in February 2017.

“From our first conversation, it was clear that Bill Geddie is everything I imagine in an executive producer,” Hall added in a statement. “Bill’s experience and success in television make him a legend in the business. His respect for the daytime audience and his ability to bring together a strong team behind the scenes is unmatched. Bill knows, top to bottom, what it takes to bring viewers a daily show well worth their time – one that’s informative, authentic, fun and compelling. I am thrilled to have this friend and leader at my side as we begin our next chapter!”