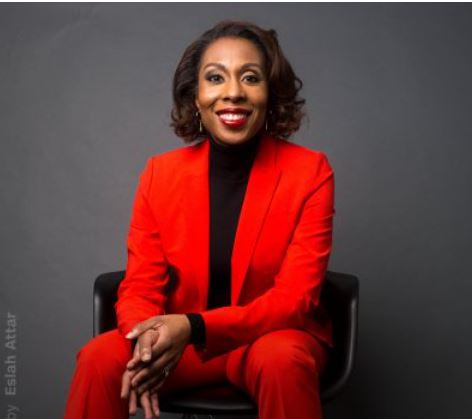 Audie Cornish is set to join CNN’s upcoming streamer CNN+ as an anchor and correspondent.

She’ll host a weekly CNN+ show and contribute to the streamer’s slate of live programming, as well as host a podcast for CNN Audio and appear on CNN covering breaking news.

Cornish comes over from NPR, where she co-hosted the flagship news program All Things Considered. She first joined NPR in 2005 and was named the host of Weekend Edition in 2011. Cornish announced her departure on Twitter earlier this month, writing that she wanted to “stretch [her] wings and try something new.”

“I am very excited to join CNN and the CNN+ team. There are fresh stories to be told and new ways to tell them,” said Cornish in a statement. “CNN has a dynamic system of reporters and storytelling channels. I am thrilled to be a part of it.”

Cornish will be based in CNN’s Washington bureau and will start in February.

“We are thrilled to welcome Audie to CNN+ and CNN Audio,” said Andrew Morse, evp & chief digital officer of CNN Worldwide and head of CNN+, in a statement. “Her voice has been such an important part of the lives of so many people and the perspective, integrity and grace that have been hallmarks of her career will make her such an important addition to our teams.”