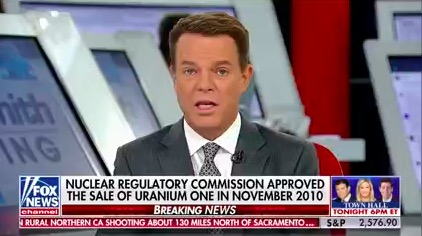 In back-to-back hours on Fox News today, two of the network’s anchors took an un-Fox-like posture.

During his show at 3 p.m. ET, Shepard Smith spent more than 5 minutes explaining the Uranium One deal, contradicting Pres. Trump’s claims about, and much of Fox’s opinion coverage of, the 2010 deal and then-Secretary of State Hillary Clinton‘s role in it.

An hour later on his show, Neil Cavuto said he’s not interested in interviewing Pres. Trump.