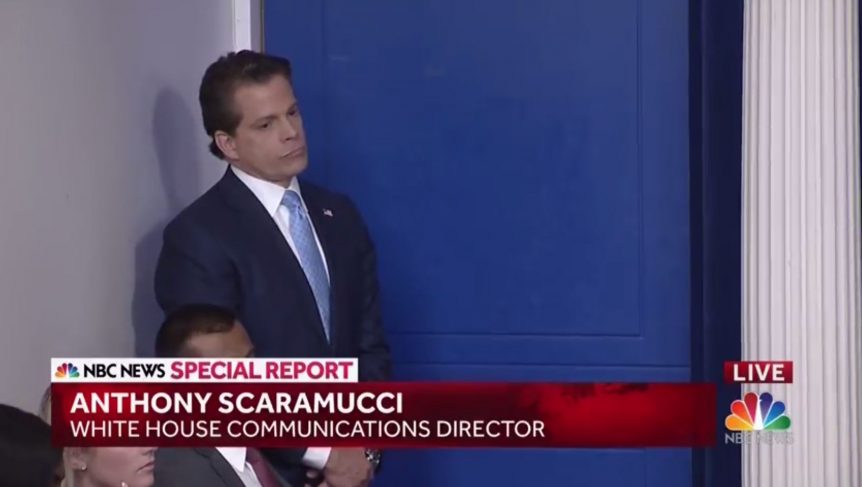 Former FBN host Anthony Scaramucci has found his next on air gig.

On Monday, he’ll host two shows that are part of the TMZ empire.

“Anthony Scaramucci will have an even shorter run on TMZ then he did as the White House communications Director,” joked TMZ founder, host and ep Harvey Levin, “but it is going to be awesome.”

Scarmucci will host TMZ on TV, the daily syndicated celebrity gossip show that begins its 10th season Monday. He’ll also co-host, with Levin, TMZ Live, the midday chat show that has been in syndication for three years.

TMZ is getting some competition in the syndicated tabloid TV news marketplace on Monday when DailyMail TV, hosted by Jesse Palmer, and Page Six TV, hosted by John Fugelsang, Elizabeth Wagmeister, Bevy Smith and Carlos Greer, both debut on stations across the country.

Scaramucci is also preparing something called The Scaramucci Post, which will soon affectionately come to be known as MoochPost.