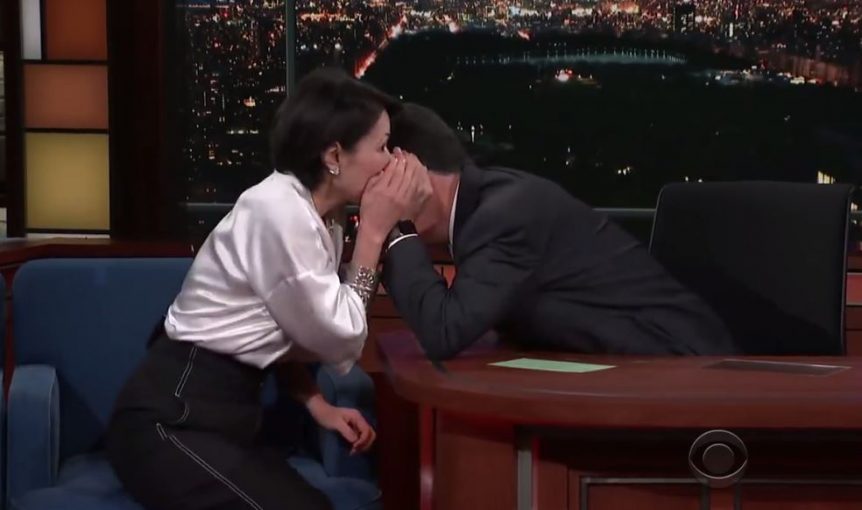 But much of the conversation was about Curry’s past in TV news, from being the first female reporter in a “cigar smoke-filled” newsroom in Oregon, to her sudden 2012 departure from the Today show, and what role Matt Lauer played in it.

“Oh wait. Do you have a non-disclosure agreement?,” Colbert asked, after posing a question about Lauer. “I do. But I can talk. I’m bold,” said Curry.

“What are the words you can’t say? Whisper them in my ear,” Colbert said. WATCH: